FAIRMONT — When Marcus Thompson agreed to be the head girls basketball coach at Fairmont High School in the spring of 2019, the program had just completed a winless season.

After building in each successive season, less than four years later the Golden Tornadoes are in the midst of a potential generational season, completely changing the culture and expectations within the program.

Fairmont enters play Tuesday at 11-3 on the season, and with a win over West Bladen in Tuesday’s game, which was after press time, would match the 1990 Golden Tornadoes team for the best start in school history. It’s a night-and-day comparison to when Thompson inherited the team.

“When I first took the job … basketball for girls here at Fairmont High School was simply something you pick up in October, and you cut it off when the season is over,” Thompson said. “I always tell people, if it’s not worth working for, then it ain’t worth it at all. That’s the difference; the standards have changed. I refuse to lower the goals, for kids to dunk and feel like they did something amazing; we have to reach the standard.”

Seniors Paris Bethea (7.6 points, 4.8 assists, 3.4 steals per game) and Amyrikal Vaught (6.9 points, 4.5 rebounds per game) have been varsity contributors since their freshman year; each had previously existing relationships with Thompson, who trained both in middle school before he became the Fairmont coach.

Even when the pair were freshmen in Thompson’s first season, he says, they provided leadership and were the driving force behind the team’s work ethic.

“They understood the concept of hard work and effort,” Thompson said. “They kind of brought it, when they came on (the team); the girls that were seniors, like Georgianna (Waters), they kind of were like, these freshmen are coming in and working hard, I’m going to have to match it.”

“(It’s) the coaching staff and how dedicated he is to it — and us being dedicated to wanting to get better,” Bethea said. “Each year we got better. … Everybody came together and they were tired of losing and they wanted a winning season.”

It’s the team’s hard work in the summer, Thompson says, that’s paying off with more victories each winter.

“Just like we’ve gotten better every year, we’ve had more girls work the whole summer and lift every year,” Thompson said. “It’s really speaking volumes to them and their work ethic.”

This season, the roles of Bethea and Vaught have changed with a talented group of underclassmen and senior forward Sydney Jacobs, who transferred from Lumberton, now around them.

“If you watch them play now, since the new year, we’re going to feed our bigs,” Thompson said. “I know they can shoot it, I know what (Paris) and Amyrikal can do, but I think it says a lot about them to open the curtain for Taniya (Simms) and Syd and be like, OK, we’re going to feed y’all. That speaks a lot of them as they get ready to go to the next level.”

Bethea’s senior season is a return to the court after missing nearly the entire season last year with a torn ACL.

“(It took) dedication, sacrifices,” Bethea said. “Knowing what I want out, and what I put in. And pushing through when things get tough.”

An example of Bethea’s unselfishness came during that injury, Thompson said, as she never missed a game and did tasks like distributing water to her teammates.

“(Bethea’s) points have gone down, but leadership has gone up,” Thompson said. “I think what happened to her last year gave her an opportunity to lead in a different way, and I think it’s helped her this year.”

Jacobs joined the program after two varsity seasons at Lumberton.

“I’ve always known Coach Thompson as a coach and I’ve always loved him; he’s one of my best coaches I’ve ever had,” Jacobs said. “I just looked at the program they had out here, and they already had a good team, so I felt like I could add to it and help.”

The inside-out game plan of the Golden Tornadoes have resulted in balanced production, with scoring opportunities all the way down the roster. One example came in the Robeson County Shootout third-place game against Red Springs on Dec. 17, when sophomore forward Kearstin Hunt was the only player who hadn’t scored late in the game, but ran down Miah Smith during a fast break so Smith could pass her the ball for a layup.

“That’s why this team is the best team I’ve ever coached, because they get it,” Thompson said. “Not saying they don’t have distractions and people in their ear, ‘you need to do this’ — but they get it. They get the understanding of team, and this is the way I’ve always wanted to be. Everybody at the table gets an opportunity to eat. … That’s the family, that’s the sisterhood.”

That togetherness extends beyond the scoring column to a friendly competition amongst themselves to see who finishes each game with the most charges, or assists, or steals.

“I’d rather hear that kind of talk than how many points did you score,” Thompson said. “That’s the beauty in it. This is the first year we’ve had that … and the thing is it’s healthy competition. There’s not a lot of negativity. The team is more together than they’ve ever been.”

As the rest of the season unfolds, the Golden Tornadoes’ goals are to win Southeastern Athletic Conference regular-season and conference championships, and to make a playoff run — at least past the second round, where they were eliminated last season. Accomplishing these goals will require continued hard work, Thompson said.

While the team has a strong future beyond this season, with underclassmen like the Simmses and Smiths set to lead the way into future seasons and build on the foundation that’s now been established, the senior class feels urgency to finish strong before leaving the program.

“It’s our last year, we’ve got to go out with a bang,” Vaught said. “It’s (because of) the coaching staff, and our heart for the game. … They are heavy on obedience and sacrifice.”

Girls basketball in Robeson County has been strong in recent years, including St. Pauls’ run to the 2A East Regional final and Purnell Swett’s 25-0 start last season. But after building from rock bottom to this point, Fairmont believes it should also be included in that conversation — with Jacobs making a bold claim about the Golden Tornadoes’ capability: “I don’t think there’s anybody in Robeson County who could beat us if we actually play together as a team.” 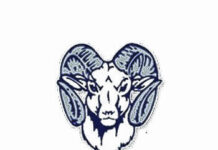 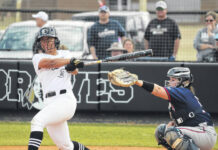