CROMWELL, Conn. — William McGirt faced a difficult up and down from behind the 17th green Sunday at TPC River Highlands — and one with more on the line than he’d faced in years.

The Fairmont native converted, pitching the ball to six feet and sinking the par putt, then made par at the finishing hole to shoot 67 in the final round of the PGA Tour’s Travelers Championship near Hartford, Connecticut, and finished in a tie for eighth, earning his first top 10 on the PGA Tour in nearly four years.

“It’s a huge relief to finally play well again because it proved to me I still can play this game a little bit,” McGirt told The Robesonian Monday. “I’ve been playing well for the last few months but getting nothing out of a lot of my rounds but this week I finally started getting something out of them. I made a couple of huge par saves which kept the momentum going each day.”

McGirt shot a 4-under-par 66 both Thursday and Saturday at the par-70 venue, matching his lowest competitive round since returning to the Tour in 2020 after hip injuries. After sitting in a tie for 33rd after Friday’s round of even-par 70, McGirt improved to 19th after the third round before entering the top 10 with Sunday’s play, finishing eight strokes behind tournament winner Xander Schauffele.

Sunday marked McGirt’s 24th career top-10 finish on Tour; his previous top-10 was a sixth-place finish at the Barracuda Championship in August 2018, just before his nearly two-year break from competition.

McGirt birdied the first three holes, then No. 6, 8 and 15, on Saturday, with bogeys at No. 7 and 14. In Sunday’s round each of his birdies came from close range: five feet at No. 2, seven feet at the fifth, eight feet at the 12th and three feet, in a two-putt birdie, at the 13th.

He parred the final five holes to maintain his 11-under-par total, including the up and down at the 17th which he pointed to as pivotal in ultimately earning his good finish. From behind the green, McGirt faced a green sloping downhill towards a water hazard and had little green to work with.

“The up and down on 17 (Sunday) was easily one of the top five up and downs I’ve made in my career,” McGirt said. “That was a sure bogey with possible disaster written all over it. I played an incredibly good pitch shot to six feet and made the putt. That’s the kind of stuff that hasn’t happened in recent tournaments.”

Despite saying he “never felt completely comfortable” on the greens due to inconsistent speed, McGirt gained 1.36 strokes per round putting compared to the field.

“I have been all over the hole with no putts really falling for the past several tournaments but that changed this week,” McGirt said. “I missed a few putts that I probably should’ve made due to having to be a bit more defensive that I wanted to be. My game as a whole was pretty good this week.”

McGirt earned $243,605 and 75 FedExCup points after the strong finish. Through 25 starts in a 29-event major medical extension on Tour, he has now earned 150 of the 375 FedExCup points required to maintain his Tour playing status at the end of the extension. McGirt improved from 204th to 171st in FedExCup points for the 2021-22 season.

Adding to the enjoyment, McGirt got to spend some time on the road with his 9-year-old son, Mac.

“Last week was extra special because it was the first time Mac had ever come to a tournament without (my wife) Sarah and (daughter) Caroline,” McGirt said. “We had the best week. He played more golf than I did last week.”

“We were at the course for 15 hours on Thursday,” McGirt said. “I finished my round about 1:00 and we didn’t leave until 8:00. The boys had a blast and it was fun to watch. I think it helped me because I didn’t go spend too much time on the range because I wanted to make sure he had a fun trip. I definitely think he had the best week.”

The family fun will continue this week as McGirt heads to the John Deere Classic in Silvis, Illinois as he plays the event for the first time since 2018.

“On Wednesday night John Deere and the tournament host a party for players and their families at their test site,” McGirt said, noting Sarah and Caroline will join him this week. “They have plenty of machines for the kids to play with and plenty for us big kids as well. It’s possibly Mac’s favorite night on Tour each year. I remember he asked me the night after the Big Dig when I was rehabbing from my first surgery when we were going to the ‘tractor party’ again. He somehow knew it was about that time of year and he was ready. He gets to go back for the first time since 2018 so he will have a blast. It’s crazy how well the young kids can operate the mini excavators with such precision.”

On the course, McGirt has made the cut in four of his seven previous starts at the event, with a 69.77 career scoring average over 22 rounds at the par-71 TPC Deere Run layout. His best finish in the tournament is 23rd; he missed the cut in his last appearance in 2018.

Coming off the Travelers, McGirt hopes to continue the solid play and give himself another chance for a good finish.

“I’m going to try to keep doing what I did this week (at Travelers),” he said. “Hit fairways and greens and knock some putts in.”

Webb Simpson, Jason Day and defending champion Lucas Glover highlight the field. McGirt will tee off at 12:43 Thursday on hole No. 10, paired with C.T. Pan and Kevin Tway; the trio will tee off on No. 1 Friday at 7:18 a.m. 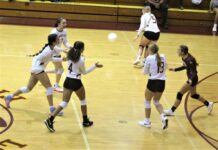 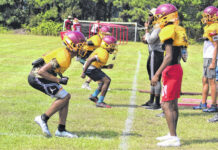 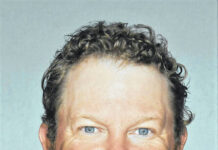