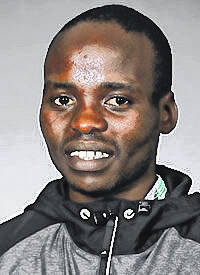 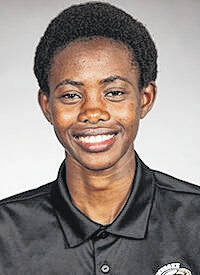 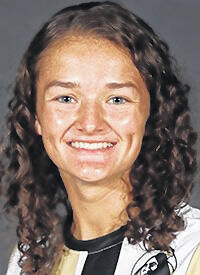 Bowlding, a freshman, matched a school record with two interceptions in UNCP’s 34-28 victory over visiting Wheeling on Saturday.

The Fayetteville native and Terry Sanford High School native became just the ninth player in the 15-year NCAA Division II history of the program to record two interceptions in a game, and the first since former standout Michael Clark registered two pickoffs against Virginia-Wise on Nov. 16, 2019. Bowlding also logged four tackles and a pass break-up against the Cardinals as well.

The reigning MEC Freshman Defensive Player of the Year, who made his collegiate debut in a pandemic-shortened spring season for the Black & Gold, has played in six career games for the Braves and has amassed 28 tackles (23 solo) to go along with four interceptions, four pass break-ups and a forced fumble.

Chepkesir earned his honors after another record-book-worthy performance Saturday at the UAH Chargers Cross Country Invite.

The announcement marked the third time this season that Chepkesir has claimed a weekly award from Conference Carolinas. A native of Eldoret, Kenya, Chepeksir covered the 8K course at John Hunt Park with a time of 23:53.64 to finish third among the stacked field, while also posting the fourth-fastest 8K time in program history. He finished just six seconds off of the pace of meet champion Ryan Riddle from Missouri Southern.

Chepkesir now holds the four fastest 8K times in program history. A three-time Peach Belt Conference champion and two-time PBC Runner of the Year honoree, Chepkesir has captured 10 event titles over his illustrious collegiate career and raked in all-America honors in 2019 with an eighth-place finish at the NCAA Division II Championships. The 2019 NCAA Southeast Region Athlete of the Year also has a PBC Freshman of the Year (2018) accolade in his stable as well.

Jepleting recorded a top-25 finish at the same event Saturday to earn her recognition, the second weekly conference award for Jepleting this season.

A native of Eldoret, Kenya, Jepleting covered the 5K course at Huntsville’s John Hunt Park in 18:07.34 for a 24th place finish on Saturday. The senior finished just one second off of an 8-year-old school record, but still managed to bust her personal-best time by 34 seconds.

A 2019 All-Peach Belt Conference selection, Jepleting has logged seven top-10 finishes in her career in the Black & Gold, including a runner-up showing at the Queens-hosted Tom Scott Open last season. She also logged a third-place finish at the 2019 PBC Championships at Luther Britt Park in Lumberton.

The Black & Gold will be back in action on October 23 when they compete for the Conference Carolinas championship. The race will be held on the campus of Mount Olive. The men’s race will begin at 10 a.m., while the women’s race is slated for an 11 a.m. start.

Grossheim earned her award after a dominating offensive performance last week that included a pair of multi-goal outings.

A native of Garner, Grossheim netted two goals apiece in wins over Chowan and King, including the eventual game-winner against the Hawks, to help the Braves stay unbeaten in league play. Grossheim also tallied 12 shots, including eight that went on target.

A key threat for the Braves offense, Grossheim has scored eight goals this season, including seven against Conference Carolinas competition. She has also amassed four assists and 42 shots (23 shots on goal) in 10 starts and 745 minutes on the pitch.