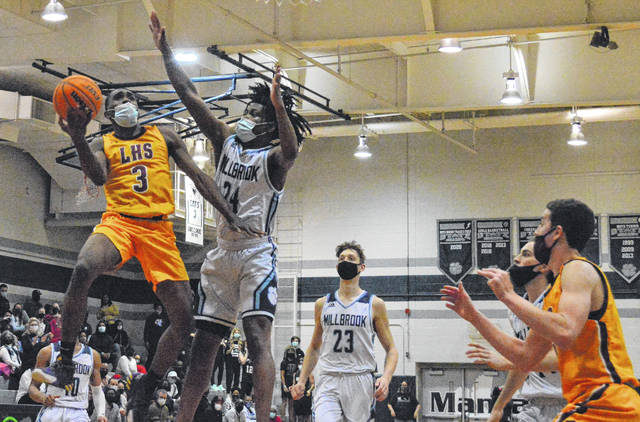 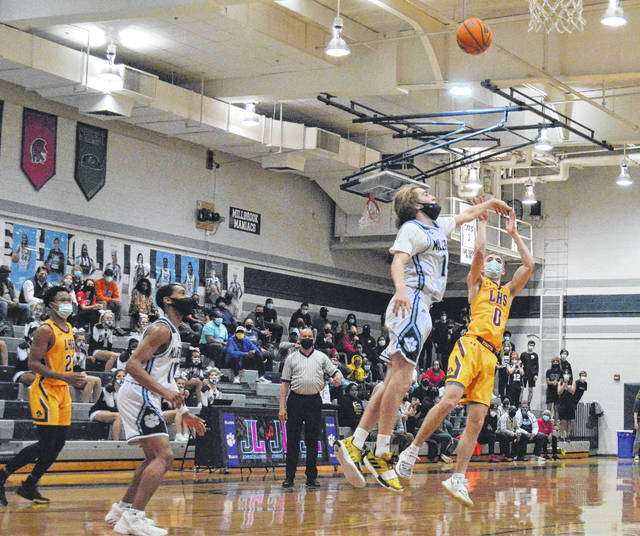 RALEIGH — The dream of playing for a state title eluded the Lumberton Pirates on Tuesday.

The underdog Pirates rallied from a seven-point deficit in the final 43 seconds of regulation against unbeaten Millbrook, and forced overtime with a 3-point basket by senior guard Jadarion Chatman with 16 seconds left. But foul trouble in the extra period and turnovers spelled the end of another run to the state 4A finals as Millbrook prevailed 79-77 on the East Region championship game.

Lumberton, which finished 13-3 in the COVID-19-shortened 2020-21 season, had hoped to earn another chance at winning the 4A championship after advancing to the title game a year ago only to have the pandemic cancel the finals. The Pirates wound up as state 4A co-champions with North Mecklenburg.

But despite some significant graduation losses that saw 50 percent of its scoring depart from that 26-5 team, Lumberton found itself again on the doorstep of getting to actually play for the state championship Tuesday if it could overcome a Millbrook squad featuring two college-bound players in 6-foot-9 Eric van der Heijden (Louisville) and 6-7 Redford Dunton (Purdue-Fort Wayne).

“We already knew about their height because our coach had a great scouting report,” said Chatman, who produced 17 points for Lumberton. “We knew what we were going into. But we don’t care who it is. We don’t let up. We go right at them. We wanted to make sure it was a dogfight to the finish.”

It was that and more.

The teams were tied at halftime 32-32 and were never separated by more than seven points in the second half, the last time at 70-63 with 43 seconds left on two free throws by Millbrook’s van der Heijden that had the Wildcats’ fans starting to celebrate.

But that proved premature as baskets by Angel Bowie and Matt Locklear preceded Chatman’s clutch 3-pointer from the right corner.

“I’m not the best shooter, but my teammates had confidence in me,” Chatman said. “I was just open, I shot it, and it went in. It was a great feeling. I thought after that we had a good chance in overtime.”

Millbrook scored the first three points in overtime on foul shots to take a lead it wouldn’t relinquish. When seniors Charlie Miller (19 points) and Matt Locklear (18 points) fouled out early in the extra period, Lumberton finally ran out of steam.

“This team doesn’t quit. They fight to the very end,” Lumberton coach Bryant Edwards said. “We competed, we scrapped. The ball just didn’t bounce our way tonight. We hit shots. They hit shots. It was a great basketball game. I sure it was great for the spectators. It was hard as a coach. But at the end of the day I’m proud of them.”

A teary-eyed Miller was also proud to have been part of the two-year run that produced 39 victories.

“I’m super proud,” Miller said. “We did a lot of things nobody thought we could ever do — two Final Four appearances, co-state championship; it was just amazing and I’m super proud.”