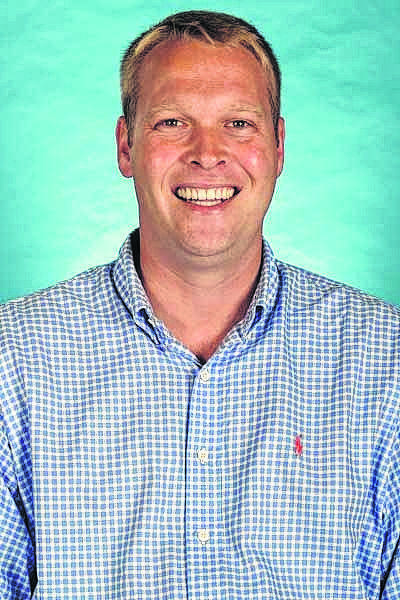 PEMBROKE — Imagine arriving at the University of North Carolina as a freshman, going to offseason workouts with your position group, and the two players you’re paired with are Vince Carter and Antawn Jamison.

This was Brian Bersticker’s experience in his first semester in Chapel Hill in the fall of 1997.

The former Tar Heels power forward recalled his UNC career in an interview during the third night of the virtual Cash Bash, hosted by The University of North Carolina at Pembroke athletics Thursday.

“You’ve got a freshman kid, who knows zero about how Carolina basketball works on the court, going against (Carter and Jamison),” Bersticker said. “They just completely kicked my tail up and down the court, and then afterwards, we talked about it, and it was like, let’s try this, let’s do this better. They were mentors.”

For all the highlight-reel dunks produced by Carter, whose historically-long NBA career ended in March with the Atlanta Hawks, Bersticker said those types of plays were normal while practicing in Chapel Hill.

“I’ve seen Vince Carter do things like that, what you see on highlight tapes, that was a regular, everyday occurrence, just playing pickup on a summer afternoon,” Bersticker said.

Bersticker’s first fall in Chapel Hill became a time of transition for the program when longtime coach Dean Smith unexpectedly retired just before the start of the 1997-98 season. But there was far less of an adjustment than most would have expected, he said.

“(Smith) was very honest with us during the recruiting process, where we knew there was a good chance he wasn’t going to be the coach our whole tenure at Carolina. I don’t think I expected it to be year one, seven days before practice started,” Bersticker said. “But there wasn’t a whole lot of drop-off between Coach Smith and Coach (Bill) Guthridge; they were pretty much the same man. They were each other’s best friend, and they ran the program the same way.”

Under Guthridge, Bersticker was a part of Final Four teams in 1998 and 2000, though he was injured in 2000 when the Tar Heels made a run there as a No. 8 seed. Three of the four years Bersticker was active, and four of his five years with the team overall, they qualified for the NCAA Tournament.

“It’s the suspense of playing in the NCAA Tournament, where you know if you don’t go out and perform, your season’s over,” he said. “There’s not a next game, there’s no tomorrow, you have to put it all out on the court. That’s what makes the NCAA Tournament so great is that it’s finite. If you lose, you go home and start working towards next year, and you want to play as long as you possibly can.”

Bersticker’s final season, the 2001-02 campaign, had a different result, with the Tar Heels finishing 8-20. He compared his experience that season to that of the 2019-20 Tar Heels team.

“That was a really tough year; we’d lost some guys,” he said. “It was difficult, just because we do have this tradition of winning, and look back at last year and feel like those guys went through the same thing. But we’ve got a great community around us, and there’s tons and tons of support, and we felt that even as we were grinding through that 8-20 year.”

Bersticker began working in UNC’s ticketing department after a brief professional basketball career in Europe, and is currently director of member services for the Rams Club.

“I’m a product of what the Rams Club does,” Bersticker said. “I was super fortunate to get a scholarship to play basketball here, and I know the impact that has. We’re giving opportunities to kids from all over the country, all over the globe for that matter, to come here, get a world-class education and play sports.”

Registration for the event, which is free, remains open at UNCPBraves.com/CashBash. A silent auction continues until Saturday at 7 p.m.