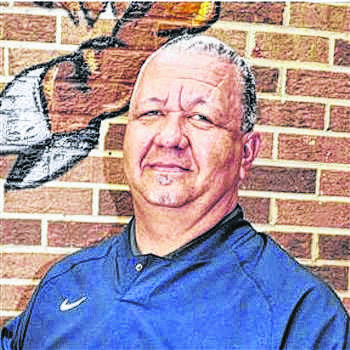 LUMBERTON — Public Schools of Robeson County will allow athletic teams to hold workouts and conditioning activities starting Monday, pending approval by the school board in their Thursday meeting.

“That’s what we’re planning on is Monday,” said Jerome Hunt, athletic director for PSRC. “We’ve got everything in place. We’re ready to go; we’ve got all the protocols covered, so it’s just a matter of getting started up Monday.”

Plans are to work in two sports each week to resume workouts, starting with volleyball and cross country next week. Basketball and football would be the following week, with another two sports the week after, and so on.

Volleyball and cross country are first because will be the first two sports whose season will begin. The North Carolina High School Athletic Association will allow those teams to have full practices on Nov. 4, with matches/meets allowed on Nov. 16.

All athletic activities in Robeson County schools have been suspended since March 13 due to the COVID-19 pandemic. Many local coaches have been concerned about the long period without even any offseason training activities.

“These athletes, not just my girls, should be doing something,” St. Pauls girls basketball coach Mike Moses said last week. “They’re sitting at home, they’re on the computer, in the house all day; let’s get these athletes out doing something.”

Hunt said other counties previously allowing their schools to hold athletic workouts was a factor in the decision.

“Everybody else around us has started up, so our kids, if we don’t start it up right now we’re getting so far behind every other county around us,” Hunt said. “It looks like our (virus) numbers have come down over the last week, so now’s as good a time as any. And we feel like we need to get some normalcy back for some of our athletes, our students, and this is just a way for them to have something normal going on right now.”

As athletes come to campus for workouts, they will be under strict virus-related protocols.

The NCHSAA allowed skill development activities, which includes workouts, to resume on Aug. 3. Last week the league said 25 students would be allowed in indoor skill development sessions moving forward, and 50 outdoors, consistent with state guidelines after North Carolina moved into Phase 2.5 of its COVID-19 recovery.

Skill development activities are considered by the NCHSAA to be optional offseason weight training, conditioning, meetings and video review. Sport-specific sessions are limited to 90 minutes per day, including warm-up, cool-down, breaks, etc.

Chris Stiles can be reached at 910-816-1977 or by email at [email protected] Follow him on Twitter at @StilesOnSports.