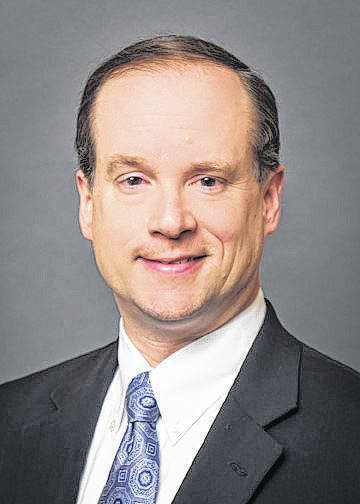 RALEIGH — With negotiators for the North Carolina House and Senate confirming that they’ve agreed on the broad outlines of a state budget for next year, the prospect of ending the state’s 2.5% corporate income tax is one step closer to becoming reality. A phase-out is already in the Senate’s budget plan, and key House members have endorsed the idea.

North Carolina consumers should be cheering that prospect, because the corporate-income tax makes many goods and services they buy more expensive.

Taxing corporate income has always been a convoluted, unfair, and inefficient way to raise government revenue. Don’t be fooled by the label. A “corporation” is simply a bundle of contracts among individuals — investors, lenders, executives, workers, vendors, and consumers. Only people pay taxes. Legal abstractions can’t.

Policymakers have always recognized this basic fact. In the American context, corporate taxes were first instituted in the late 19th century as an attempt to tax the incomes of wealthy households, who owned the vast majority of corporate stocks and were thus presumed to shoulder virtually all the cost of a “corporate” tax in the form of lower dividends and capital gains.

Why not tax the wealthy directly? It wasn’t yet legal for the federal government to do so, and most states also lacked personal-income taxes. After rewriting constitutions to rectify that, however, most policymakers didn’t replace their corporate taxes with personal ones. They kept both on the books.

The notion that only corporate shareholders bore the true cost of “corporate” taxes was somewhat more plausible at first, when investors tended to focus on business opportunities close to home. But as capital began to flow more freely across state and national boundaries, shareholders found that they could get a higher after-tax return on their funds in places with lower corporate taxes.

Other parties to the corporate bundle of contracts found themselves less able to avoid higher-tax jurisdictions. It’s very costly for workers to relocate for another job. And not all goods are sold at such a scale that consumers can buy from faraway vendors. The demand of workers for jobs and of consumers for goods can be inelastic to price, in other words, relative to the demand of investors for rate of return.

So when economists study the actual incidence of corporate taxes — rather than just looking at the party that is legally liable for the tax bill, the corporation — they try to estimate the relative proportions of shareholders getting a lower return, workers getting lower wages, and consumers paying higher prices.

When governments tax corporate incomes, all three things certainly occur to some extent. But progressives typically assert that shareholders bear three-quarters or more of the cost. That’s hard to square with the empirical evidence, as the Tax Foundation economist Stephen Entin observed back in 2017. Shareholders almost certainly bear less than half of the cost of corporate taxes, and Entin believes the true proportion is about 30%. A more-recent study by three French scholars puts the investor share at 25%.

The remaining corporate-tax burden doesn’t just consist of workers earning lower wages (which happens in part because of lower corporate investment in productivity-enhancing capital goods). It also consists of (mostly) workers, acting as consumers, paying more than they otherwise would for goods and services.

North Carolina has been steadily reducing its corporate tax rate for nearly a decade now. At 2.5%, it has the lowest rate of any state that taxes corporate income. Phasing it out entirely over the next few years will generate economic benefits far greater than the apparent fiscal cost. We’ll attract more investment, creating more jobs at higher wages. And, yes, consumers will pay lower prices.

John Hood is a Carolina Journal columnist and author, is president of the John William Pope Foundation, and is chairman of the board at the John Locke Foundation.