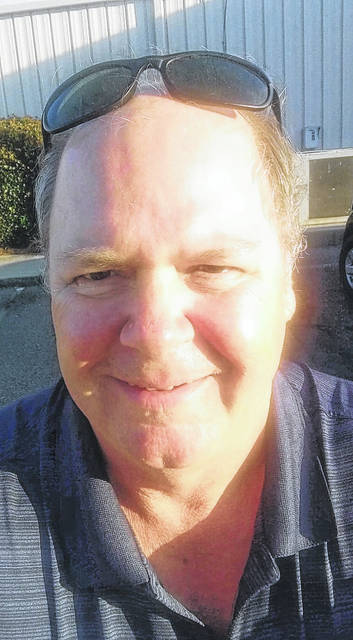 Today is the first day of my 13th year living with the tissue from the sack of a cow’s heart keeping me alive.

It was on Thursday, Jan. 15, 2009, that Chad Hughes, a heart surgeon at Duke Medical Center, sawed open my chest, placed me on a heart bypass machine, and spent about seven hours repairing a birth defect — a bicuspid aortic valve with a slow leak that would eventually drop me dead without notice if not fixed.

My continued presence here on Earth is literally a miracle of modern medicine.

I remember, only vaguely, being told as a child that I had what was then called a “heart murmur.” The problem in the mid-1960s was there was no medical fix, so the doctors advised my parents that they could try to protect young Donnie as a way to extend his life, or allow me to be an active child, understanding that my heart might explode at any moment.

My parents tossed me a basketball and told me to go outside and play. I try not to overthink that decision, and instead thank them for it.

A funny thing happened between the day my murmur was discovered and the day Dr. Hughes fixed it: I forgot I was on the clock so to speak.

I don’t think I had been for a regular doctor’s checkup even once since before I went to college and sometime around the turn of the century when I was in my early 40s. My late and dear friend, Dr. David Richardson, probably during a round of golf or while catching king mackerel 18 miles out in the ocean, persuaded me to come for a routine physical. I did, but only after telling David that he would find me to be in excellent health — despite my having spent a good chunk of my lifetime trying to destroy it.

Shortly after the trauma of being violated — you guys know what I am talking about — David sat me down, and began talking about my heart, saying something wasn’t quite right, and we would need to have an MRI. That done, I knew that one day I would have my chest cracked open, with the mystery being the date.

David fell ill, and it was another doctor, James “Brownie” McLeod, whose job it became to keep me alive by monitoring my heart. I will never forget the first time Dr. McLeod listened to my heart. He called in an intern and said, “Listen to this. You won’t believe it.”

It was the Tuesday before Thanksgiving in 2008 that I was told the time was now, and I asked to meet with the surgeon.

Hughes walked in, we went over his resume together, and he told me I had what John Ritter had.

“John Ritter is dead,” I said.

“You need a better example.”

I asked if he would be using an artificial or tissue valve. Hughes said artificial and the following conversation unfolded.

“Because you are young, and we don’t know how long a tissue valve will last.”

“So I have to go on Coumadin?”

“Can I drink a 12-pack at a Carolina football game?”

“I think we will do the tissue valve for you.”

The gamble I would take, Hughes told me, was that by the time my valve needed to be replaced, the procedure could be done without cracking open my chest, and instead by catherization. I placed the bet.

The morning of Jan. 15, 2009, I arrived early as instructed, and a team of nurses surrounded my naked self, inserting needles here and there. I don’t remember the joke I made exactly, but it was gallows, and the nurse in charge said, “I think it’s time you had a nap.”

The next thing I remember was waking up, and asking the nurse to turn the television to ESPN so I could watch UNC’s basketball team, which was on a march to a national championship, play Virginia, an 83-61 victory. I also saw news coverage of a pilot named Capt. Chesley “Sully” Sullenberger landing a jetliner safely in the Hudson River.

My recovery was remarkable. I never once took a pain pill, and on Day 6 I began a three-mile walk at Bald Head Island. Two miles into it, I called for help.

Seventeen days after the surgery I returned to work at The Robesonian, about six weeks ahead of schedule and probably about two weeks too soon. I had my reasons.

As I begin my terrible teens with a repaired heart, I want to thank the doctors who have kept me here — Thad Wester, who discovered the defect, David Richardson, who rediscovered it, Brownie McLeod, who ushered me to the surgical room, and of course Chad Hughes, who did the masterful work.

Also a shout-out to the cow, which gave his life so that I could live.