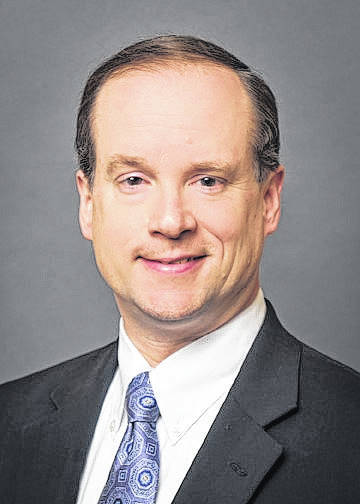 RALEIGH — History is full of cases in which people subverted their own just causes by acting impulsively rather than carefully considering the costs and benefits. As the ancient poet Horace put it, “The one who cannot restrain their anger will wish undone, what their temper and irritation prompted them to do.”

A case in point happened 244 years ago this month right here in North Carolina.

While popular depictions of the American Revolution tend to focus on set-piece battles between British redcoats and Continental armies, in much of the country the war consisted primarily of raids and counter-raids by bands of Patriots, Tories, and British-allied Native Americans, including some of the Cherokees of the Carolinas and Georgia.

Cherokee leaders had good reason to be frustrated. Settlers had trickled into the Southern foothills and mountains for decades, sometimes in violation of treaty. During the latter years of the French and Indian War, Cherokees sided with the French and launched raids against frontier settlements in the Carolinas. They were defeated, paying a high price. Still, a series of new treaties came afterwards. Indian leaders hoped they would stick, despite occasional violations by both sides. By the 1770s, however, a Cherokee faction led by a young chief named Dragging Canoe became convinced — by experience and by the promises of skillful British agents — that only King George III, acting through royal governors, could protect their treaty rights.

So, beginning in May 1776, Cherokee raiding parties struck settlements across the frontier, often brutally. The timing of the Indian raids was no accident. It was part of a larger British plan to subdue the Southern colonies.

Months earlier, Gen. Henry Clinton and British troops had sailed from Boston to Wilmington, where he expected to meet up with reinforcements from England and a column of Loyalist militia. The combined force would then move south to conquer Charleston and the rest of the Carolina coast.

As the Tories began their march from present-day Fayetteville towards the sea in early February 1776, however, they met with resistance. After some maneuvering, they attacked Patriot forces at the Moore’s Creek Bridge on Feb. 27. The attack was a disaster, with nearly all of the Tories killed, wounded, or captured.

When Clinton arrived off the North Carolina coast, then, he found no Tory reinforcements. After landing a few foraging parties and skirmishing with local militia, Clinton decided to take his army south to attack Charleston, anyway. To even the odds a bit, the British added a new twist: diversionary attacks by Cherokees to force Carolina and Georgia militiamen to march westward to the frontier rather than to the defense of Charleston.

But North Carolina Patriots were perfectly capable of walking and chewing tobacco at the same time. Some militiamen marched south and east to help defend Charleston. Others marched north and west to form an army under Gen. Griffith Rutherford.

By Sept. 1, Rutherford had assembled about 2,500 men at what is now Old Fort, in McDowell County. Over the next few weeks they marched west, capturing Indians and Tories, destroying dozens of villages, and fighting at least two engagements against the Cherokees at Middle Town and Laurel Hill in present-day Jackson County. By Sept. 26, the North Carolinians met up with a column of South Carolinians in what is now Cherokee County, at the extreme tip of the state. After briefly considering additional campaigns, the two Carolina generals decided they had accomplished enough and returned to their respective homes.

Both the British and Cherokees had gambled and lost. The Indian raids had been too little and too late to weaken the Patriot defense of Charleston, where the attempted British invasion was rebuffed. As for the Cherokees, they had sustained significant human and material losses, while serving only to harden the hearts of some Patriot leaders who had previously been sympathetic to the Cherokees’ concerns.

It’s not enough to fight courageously for a worthy cause. Prudence and wisdom matter, too, if your goal is to win.

John Hood (@JohnHoodNC) is chairman of the John Locke Foundation and appears on “NC SPIN,” broadcast statewide Fridays at 7:30 p.m. and Sundays at 12:30 p.m. on UNC-TV.