The responsibility for the spread of COVID-19, including the hundreds of thousands of lives lost and the severe and sudden global economic recession, lies squarely on the shoulders of the Chinese Communist Party.

One study found that had the Chinese government told the truth and acted only three weeks earlier, cases of the virus could have been cut by 95 percent.

Instead, the Chinese government lied to its own people and the rest of the world. They knew in late 2019 that a new coronavirus was spreading across Wuhan.

Instead of warning the world, they arrested and silenced the doctor who first warned about the virus, ordered test samples destroyed, curtailed efforts to develop preventative measures, and repeatedly downplayed the potential for human-to-human transmission, despite having clear evidence to the contrary.

By late January, as COVID-19 spread across China, the Chinese government tried to reassure the world they had everything under control while secretly hoarding the world’s supply of respirators and medical masks.

As COVID-19 became a global pandemic, the Chinese government waged a propaganda campaign casting themselves as the saviors, while spreading wild conspiracy theories claiming the U.S. military was responsible for the virus.

Chinese hackers are now attempting to steal America’s vaccine research, actions that threaten our efforts to develop a vaccine.

These are the malicious actions of a totalitarian regime that directly threaten the safety and security of the United States and the rest of the free world.

The time to play nice with China is over. America’s leaders need to stand up and hold the Chinese government fully accountable for their misdeeds.

If we fail to hold China accountable there will be more lies, more malign activities against America, and another pandemic.

Tough actions need to be taken immediately to send a clear message to the Chinese Communist Party that the United States will not tolerate its behavior any longer.

We must take strong, punitive measures in response to the COVID-19 cover-up and also take strategic, long-term action to contain China’s aggression. This week, I unveiled a plan to hold China accountable and protect America’s economy, public health and national security.

We need to put everything on the table when it comes to sanctions. Congress should start by exploring ways to change sovereign immunity laws to enable victims to directly sue the Chinese government for damages. Congress also needs to pass a new law that allows the United States to sanction Chinese officials who played a role in the cover-up.

One problem we face is that America’s leaders approach strategic planning one quarter at a time; China’s leaders plan by the decade. That needs to change. It starts by being clear on China’s ultimate ambitions: weaken the United States and overtake our position as the world’s top economic and military superpower.

My plan includes solutions to break our economic dependency on China. That starts with providing incentives to companies to move their manufacturing back home to America. We also need to end our supply chain reliance on China. We need investigations to unveil the extent to which our reliance on China for pharmaceutical and personal protective equipment production threatens our public health, and how our reliance on materials for our military threatens our national security.

We also need a Cold War-style approach when it comes to our military and foreign policy. We must have a robust military presence in Asia and encourage our allies in the region, including Taiwan, Japan, South Korea and India to purchase offensive and defensive equipment from the United States.

COVID-19 is a tragic wake-up call for America. The Chinese government’s misconduct has resulted in death across the world and misery for tens of millions of Americans who have lost their jobs.

The Chinese Communist Party doesn’t care. They think they can get away with their cover-ups and lies in the hopes of turning the world against America and becoming the world’s top superpower.

Americans will get through this pandemic, and we will continue to lead efforts to develop therapeutics and a vaccine to ultimately defeat COVID-19.

We will also begin to safely reopen our country and get our economy back on track. However, any successful recovery plan must include tough but necessary actions that hold the Chinese government accountable. We cannot allow history to repeat itself. 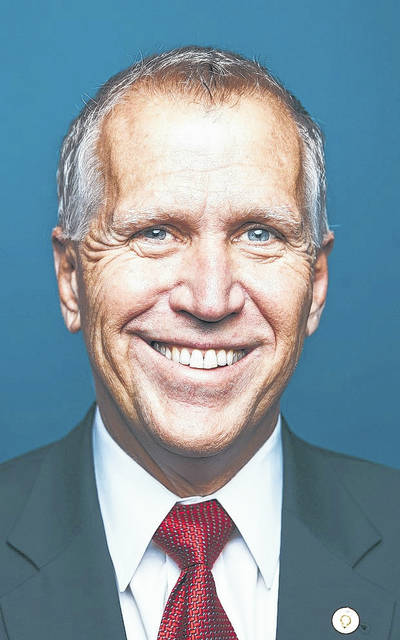