I have hit a lot of embarrassing shots during the 57 years I have played golf, the most difficult and humbling of all sports. But a “shot” I hit on Thursday during the 38th annual Clifford Bullard Memorial Golf Tournament at Pinecrest Country Club ranks as one of my worst and most embarrassing.

Shot is in quotation marks because it was not actually a shot. It was a throw, which had been purchased for $10 to raise money for the event’s beneficiary, the RCC Foundation. It is a continuation of the previous shot – so it does not add a stroke to the score — on any hole from anywhere on the course except on the putting surface.

So let me set the stage.

My team, which included college buddies Cliff Sharpe, Phil Ragazzo and Ronnie Murphy, was clearly playing over our heads as we went to No. 10, our eighth hole of the day, at 9-under-par, twice having used a throw to make an eagle on par 5’s. We all had missed the green on the difficult par 3, but my errant 4-iron was closest to the green, so we decided collectively I would use my throw.

As throws go, this was no gimme, as the hole was about 40 yards away on an elevated green. My plan was to toss it underhanded about 30 yards and allow it to roll out the last 30 feet or so for what hopefully would be an easy tap-in for a birdie 2.

I choked, short arming it, with the ball coming up a good 40 feet short. In my previous golfing life I would have thrown the club, but there was not a club to throw, so I began a slow stew as Rag missed the putt, then Cliff and then me, leaving Murph as the only one who could wipe the red from my face.

He drained it, and I will forever be in his debt for giving this story a happy ending.

We could not continue the momentum, however, and I do not know if it is because of the Bud Light we consumed or because our true games stepped forward, and our 17-under-par 55 put us in our rightful spot, in the 30th percentile.

But our dive into mediocrity did nothing to diminish the day.

The Clifford Bullard Memorial Tournament is at the top of my list for favorite fundraising golf tournaments. It is put on by his sons Clif and Drew to honor their late father, who was a great supporter of RCC and a mayor of Lumberton.

It is run by an army of staff from RCC as well as volunteers, and on Thursday there were more than 140 golfers, including Phil Ford and Al Wood, basketball legends at UNC, and Derek Wittenberg, a basketball star for the 1983 NCAA championship team at N.C. State, and Johnny Evans, a football standout for the Wolfpack who now provides color for State’s radio broadcasts.

There was also a silent auction with incredible deals available.

Lunch was provided by the Bullards, biscuits and croissants from Burger King for the early morning golfers, and Smithfield’s famous BBQ and chicken for lunchtime.

The weather was perfect, with a Carolina blue sky and temperatures hovering around 80 degrees.

But I have saved the best part for last.

The tournament raised about $75,000 that the RCC Foundation will use to help students in need get an education or learn a skill to chart themselves a better life. That is about $25,000 more than the previous record for the tournament, and the exact amount that was donated by Lumberton native John Townsend.

I recently authored an article about Townsend for Business North Carolina magazine and how he made a fortune on Wall Street. But the best part of Townsend’s story is not that he made a fortune, but that he and his wife Marree have embraced the obligation that comes with making a lot of money, and that is putting it to use to benefit others.

They have done that at RCC to the delight of the Bullards and others who make the golf tournament happen, as well as to the benefit of those whose lives it will enhance. 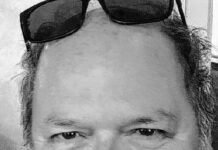 DONNIE DOUGLAS: Give yourself, and ESF, a present