As a habit, I regularly check in with the National Weather Service and the National Hurricane Center to see what’s on the horizon.

For instance, on Friday, the National Hurricane Center, together with the National Oceanic and Atmospheric Administration, were tracking a weather event which may be important for the North Atlantic, Caribbean Sea and the Gulf of Mexico.

“A tropical wave located over the eastern tropical Atlantic continues to produce a large area of disorganized showers and thunderstorms,” forecasters reported. “Environmental conditions appear conducive for development of this system over the next few days, and a tropical depression could form during the early to middle part of next week while it moves westward at around 15 mph over the tropical Atlantic and approaches the Windward Islands.”

So far it seems unlikely that this event will have any impact on North Carolina. However, we’ve seen plenty similar storms become very dangerous – even life threatening.

Anytime something like this comes up, I start mentally preparing for a possible disaster.

Like the rest of Lumberton and Robeson County residents, I’ll continue watching the forecast until it becomes possible for the storm to cross our path. When that happens I make sure the car has a full tank of gas, make sure that we have several days’ worth of water stored and ensure that our pantry has an ample supply of Dinty Moore Stew and ramen noodles.

While I’m still a relative newcomer here, I’ve been through a few of hurricanes, at least enough to make sure my provisions here at the office are well stocked, too. Don’t tell my wife — or my doctor, but my provisions at the office include a box of Girl Scout Cookies, a box of strawberry Pop Tarts and a six pack of Diet Cherry Pepsi.

I’ve carefully prepared this list based on the number of natural disasters that I’ve lived through. While they’ve all been scary, the family and I have — in most cases — prepared for the worst.

As a child growing up in Colorado, I had similar feelings when a big snow storm would blow through – because it meant no school and days filled with sledding.

In 1982, when I was still a teen, Denver got walloped by a blizzard that froze the city solid for more than a week. Find pictures here: https://dpo.st/3A1CFGR.

I was in high school in 1980, when another disaster struck the country. Up in the Northwest, Mount St. Helens blew its top and sent ash to several states to the east. We saw a little ash fall where we lived out West, but otherwise it had little effect. My wife grew up in the Puget Sound area and remembers the disastrous impact of Mount St. Helens had to her and communities around there.

Even, 10 years after than, when I began working for a newspaper in central Washington, I remember cleaning ash out of photo and printing equipment from time to time.

As disasters go, though, I suppose the most frightening experience we had as a family was several tornadoes that blew through the area we lived in near Dayton, Ohio.

The first time it happened, my wife called me at work one day and said, “The tornado sirens are going off, what should we do.”

I said, “Take the kids and go to the basement.”

She did, the children actually had a great time making beds on the floor of our unfinished basement.

The storm passed and everyone was OK.

Several years later, another big storm known as a derecho blew through Ohio knocking down trees and power lines. We suffered more than a week during a very hot July with no power – and since we were on well water, that meant no running water.

My children still give me a hard time for running a hose down the hill so we could steal water from the chicken house, where I had built a rainwater collection system. Find a short video on that event: http://bit.ly/2c80bEt.

Another “disaster” struck when we lived in Boise, Idaho. I was working as an early morning editor and was the first into the office every morning. One day as I sat down in front of my computer to begin uploading stories, I felt a little dizzy. I brushed it off as being tired, but moments later I got a call by my environmental reporter.

“Dave,” he said in an almost panicked voice. “I think we just had an earthquake.” Indeed we did. It was small. A few people reported cracked foundations and broken dishes.

Through all these rather minor disasters, I’ve come to appreciate the importance of being prepared and remaining calm.

As I check the weather forecast every day, I’ll be looking for the big one. And in the meantime, I’ll keep my provisions of Pop Tarts and Diet Pepsi well stocked. 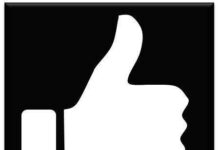 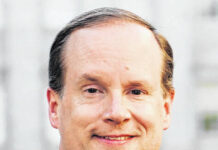