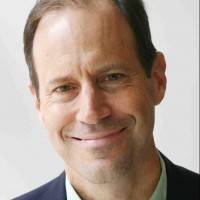 Nine years ago in this space, Policy Watch reported on one of the most consistently pernicious aspects of the North Carolina Education Lottery: the issue of chronic, even addictive, lottery play by vulnerable people.

As was reported at the time (“Hope and hard luck: Poor counties lead state in per capita lottery sales”) and again in 2012 (“Prosperity seen as a scratch ticket away in poorest counties”), per capita lottery sales overlapped to a large and disturbing degree with the state’s map of impoverished neighborhoods. In other words, the story provided a powerful confirmation of one of the chief original and continuing critiques of the lottery — that it amounts to a highly regressive tax on people of low income.

In the 2010 report, writer Sarah Ovaska told the sadly believable story of Nikita “Heavy” Coleman, who played the “Pick 3” game regularly and estimated that he spent $30 a day, or nearly $11,000 a year on the lottery.

Today, as the decade winds to a close, it’s clear that little has changed. For far too many low-income North Carolinians, the lottery remains a seductive trap that siphons off millions upon millions of dollars in critical family income. What’s more, when it comes to where lottery funds go in state government, it’s also clear that the original scheme (whereby existing revenue streams were protected so that the lottery would actually boost public education rather than merely supplant other revenues) has long gone by the wayside.

Now, rather remarkably, things could soon get significantly worse.

As Laura Leslie of WRAL reported recently, the state Lottery Commission is seriously considering an effort to boost lagging revenues — a cause it has long pursued with slick and deceptive advertising — by introducing so-called online “scratch off” tickets.

The online scratch-offs look and play a lot like video poker. Players deposit money into an account and then play and spend as much as they want, even on their phones. Winning tickets are credited to the account.

Lottery officials have proposed limiting people to putting $505 a day, $2,000 a week or $4,000 a month into their accounts, and players could set lower caps to limit their gambling. They can also set loss limits on their accounts, receive notifications when they’ve been playing for a long time and even lock their accounts for a certain time to prevent them from playing, officials said.

The proposal is — to put it bluntly — a dreadful idea and one of the worst to come down the state policy pipeline in some time.

If the current version of the lottery provides a license for the state to commit daily petty theft from the pockets of vulnerable people, the new proposal ($2,000 per week?!) ratchets things up to grand larceny. What’s next — placing online lottery terminals in check cashing outlets? What about public school teachers’ lounges and student restrooms? How about houses of worship?

Of course, given that essentially any online product is now at the fingertips of anyone with a smartphone, that’s precisely what the new online gambling proposal would do.

Not surprisingly, the proposal has attracted strong opposition from the owners of the state’s retail outlets — the businesses that both spearhead lottery sales right now and that stand to lose big bucks if the new proposal were to go into effect. In a recent letter to the members of the Lottery Commission from the state’s Retail Merchants Association and Petroleum and Convenience Marketers Association, the groups said, “If online sales continue to proliferate, over time we expect them to have a drastically negative impact on retail sales and traffic.”

But, of course, even if one sets this complaint aside as the mere self-serving lament of an industry looking to protect its turf and accepts the plain fact that gambling has become an unavoidably ubiquitous aspect of 21st century life, there is another even more powerful reason to stand in opposition to this idea — namely that government shouldn’t be affirmatively ripping off its citizens.

Not only do state-run lotteries prey on vulnerable people, they are also, even more worrisomely, helping to transform for the worse how citizens view their government.

In an increasingly cynical era in which American government is headed by an ex-casino boss and widely viewed as an adversary akin to a giant corporation that must be bargained with and dealt with warily, the lottery only serves to worsen the problem.

In short, the ultimate reason to oppose the lottery and, in particular, hyper-predatory lottery games like the online scratch-off proposal, is not out of moral opposition to gambling. Gambling is clearly here to stay.

Rather, it is to oppose the destructive process by which government is being transformed from a public servant and protector of the common good into a grasping carnival huckster.

Surely, we can find a better way to pay for educating our children than that.