An investigation into a home invasion that resulted in a shooting death has led to multiple felony charges against a suspect from South Carolina.

Jason Tyvon McRae, 30, of Dillon, South Carolina, is wanted in relation to the death of Shawn T. Campbell, 20, of Fairmont.

McRae is charged with first-degree murder, first degree burglary, robbery with a dangerous weapon, discharging firearm within enclosure to incite fear, possession of firearm by felon and felony conspiracy.

According to a prepared statement from the Robeson County Sheriff’s Office, deputies were dispatched at approximately 12:45 a.m. on May 23 to 9310 Highway 130 By-Pass, Fairmont in reference to “an individual shot. Upon the arrival of the deputies, Campbell was found inside of the residence deceased.”

The Sheriff’s Offices said the investigation is ongoing “and more arrests are likely.”

The case is under investigation by the Robeson County Sheriff’s Office Homicide and Criminal Investigations Divisions.

The Bureau of Alcohol, Tobacco, Firearms and Explosives, as well as the Fairmont Police Department and Dillon County Sheriff’s Office assisted with the investigation. 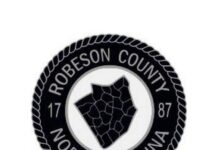 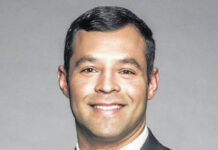 Wildlife officials will heavily patrol the state’s waters during Fourth of...