PEMBROKE — Allyson Chavis has known since she was eight that she wanted to be a veterinarian after watching her great grandmother nurse an injured bird back to health.

On Saturday, she inched closer to her dream as she crossed the stage at The University of North Carolina at Pembroke’s Spring Commencement, joining 1,076 other graduates, including 315 graduate students who took part in a separate ceremony Friday evening.

As a UNC System Veterinary Education Access Scholar, Chavis earned a guaranteed spot in the College of Veterinary Medicine program at N.C. State, which is ranked among the top veterinary programs in the nation.

“It feels amazing!” said Chavis of Lumberton. “I feel like I was meant to be placed on this path, and UNCP was the key point in helping me get there with this access program.”

Yaqot Nasser received the prestigious Early Assurance Scholarship, guaranteeing her a spot this fall at the Brody School of Medicine at East Carolina University. She will continue her studies to become a pediatrician. Nasser earned a perfect 4.0 GPA during her academic career at UNCP.

“I loved my experience at UNCP since the first day at Open House,” said Nasser, who lives in Lumberton. “I love the diversity and enjoyed getting to know my professors and being a part of organizations on campus.”

Nasser’s parents immigrated to the United States from Palestine 20 years ago and her two younger sisters also attend UNCP. She has plans to open a private practice in rural North Carolina to serve disadvantaged and minority groups.

Hilda Pinnix-Ragland, a senior Fortune 500 business executive, served as the keynote speaker for both ceremonies. She recently served as an energy consultant for Duke Energy and vice president of Corporate Public Affairs with Progress Energy. She encouraged the graduates to be authentic, remain confident and always dare to try new things.

“You are ready. You are prepared,” Pinnix-Ragland said. “You are on a path that is so successful. You are the most technologically savvy, educated class we’ve seen in history. Stay focused on who you are, your attitude, health, and value. And along the way, always treat people with respect and dignity.”

At least two sets of twins received matching degrees, including Kendrick and Roderick Bartley, who earned a master’s in School Administration. Victoria Locklear and her twin, Alexandria, both earned their second UNCP degree on Saturday. The Locklear siblings from the Prospect community earned matching nursing degrees after completing a biology degree in 2018.

Also on Saturday, retired Lumbee Guaranty Bank CEO and 1972 graduate Larry Chavis was awarded an honorary doctorate during a special presentation. Chavis served as president and CEO for more than 30 years and was inducted into the North Carolina Banking Hall of Fame in 2021.

Zack Young, a U.S. Air Force veteran, earned a degree in mass communication and plans to pursue a law degree with hopes of working for a district attorney’s office and eventually becoming a judge.

“I wouldn’t trade my UNCP experience for anything,” said Young, a REACH Fellow. “The small student-to-faculty ratio was a blessing for me. As a non-traditional student, if I were at a larger school, I wouldn’t have finished in four years.”

ROTC Cadet Wes Constandse earned a commission as a second lieutenant in the U.S. Army and has his sights on becoming a professor at West Point Military Academy. He excelled academically to earn a Master of Social Studies Education, winning the top award at the Graduate Research Symposium.

“My UNCP experience has been great,” he said. “My first contact with the university was with my advisor Dr. Serina Cinnamon while I was deployed in Afghanistan. The professors were very accommodating and always willing to help create opportunities, offer guidance and push me to try new things.”

Dominique McLean-Brunson, a Robeson County native, overcame adversity on her journey to earning her degree. A cancer survivor, McLean-Brunson suffered a miscarriage and lost her aunt on the same day and lost her home to a fire a week before Christmas in 2021. She earned a sociology degree while working two jobs and raising three children.

“A lot has come my way, but I made it,” she said. “I went through many obstacles, but I always put God first.”

Ashanti Hendricks came to UNCP from Virginia to study nursing, but her plans changed after taking a biology 1000-level course under Professor David Morse. She became a double major in biology and sociology and plans to continue her research into the health inequities of at-risk children. She plans to pursue a master’s degree in social work and later open a women’s shelter.

A native of Orlando, Sam Badami came to UNCP on an athletic scholarship. Though she was getting the opportunity to fulfill her love for cross country and passion for nursing, being eight hours away from family was tough at first.

“I am a family-oriented person, but when I came to UNCP, I gained an overwhelming sense of home,” Badami said. “All the people I met here, from the faculty to my fellow student-athletes, became my family.

“Life is about making good decisions,” Cummings said. “You made a great decision to get your degree. And despite a pandemic and, for some, perhaps financial and family challenges, you persisted.

“In the days, months and years ahead, you will face important decisions. From this day forward, the road beyond UNCP will be defined by you. I encourage you to choose to fight, persist, adapt and persevere throughout life’s circumstances.”

Mark Locklear is the Public Communications specialist for The University of North Carolina at Pembroke. 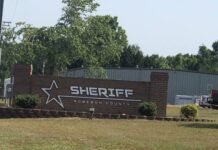 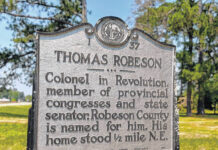 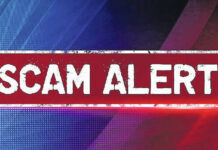