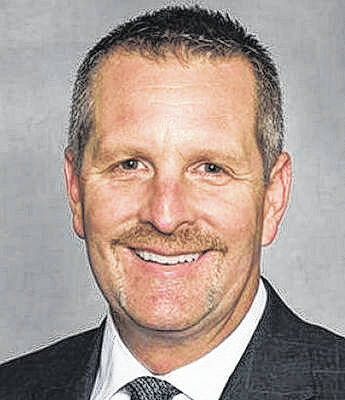 RALEIGH — State prisons, including Lumberton Correctional Institution, will transition next month to a new mail system in a bid to reduce contraband smuggling.

Starting Oct. 18, mail to inmates in a state prison must be sent directly to TextBehind. Under the new system inmates will receive copies of the letters sent to them.

Details will be posted on the N.C. Department of Public Safety website with instructions for mailing letters.

Prisons officials said contraband smuggling is the main reason to contract with the Maryland-based company.

“The safety and security of our prisons are always foremost,” Commissioner of Prisons Todd Ishee said. “Reducing the volume of drugs and other contraband entering our prisons will help us protect our staff, the offenders in our custody and the general public. This new system will be faster and safer.”

Reduction in smuggling will occur because TextBehind provides copies of mail to offenders, not the originals. The new system is expected to reduce mail delivery times to next-day delivery, once received by the company.

“It is unfortunate that the actions of a relative few have created a situation in which offenders will no longer be able to touch the original of a paper letter, a handwritten greeting card or their kids’ artwork. But it is a step Prisons had to take so that our facilities remain safe and secure environments for our staff, for the offenders in our custody and for the general public,” said Brad Deen, communications officer for Prisons at NCDPS.

TextBehind, which processes mail for prisons and jails across the nation, will copy the mailed contents, including cards, photos and artwork, according to NCDPS. The company will then send the digital files to the prison where the offender is housed. The prison mail room at that facility will print the pages and deliver them to the offender.

“Prisons has worked with TextBehind since February 2020 to process mail for offenders in our four female facilities. Results from the pilot project were excellent, so we are expanding it to the 51 male prisons,” Deen said.

Disciplinary infractions for substance possession and use by offenders dropped by 50% the year after the female facilities began using TextBehind, according to NCDPS. During the same period, the men’s prisons recorded 568 cases of drugs or paraphernalia caught by mail room staff.

Privacy will not be affected, because mail is already screened for safety purposes before it reaches inmates, Deen said.

Besides hiding contraband in prison mail, smugglers have learned to make the mail itself into a drug. Paper coated with liquid fentanyl, Suboxone, K2 or other controlled substance is hard to distinguish from regular paper.

“Contraband makes a prison unsafe in so many ways,” Ishee said. “You have offenders struggling for control of the contraband trade. You have the risk of overdoses. Anything we can do to cut that off makes our prisons a safer, more secure place to live and work.”

Ishee also said that having a third party process the mail “shifts the risk of exposure away from prison staff.”

Prison systems across the country have transitioned to digital mail over the past few years, including West Virginia, Pennsylvania, Louisiana, Wyoming, Colorado and Arkansas, according to NCDPS. Numerous jails nationwide have done so as well through several digital-mail delivery businesses.

Alternatively, all legal mail, case files, supporting documents and court documents must be sent to the prison facility directly by an attorney or legal organization. Such mailings must be clearly marked as legal mail and will be inspected by Prisons mail handlers at the facility.

In addition to processing mail sent through the U.S. Postal Service, TextBehind offers an app for smartphone or computer. People wishing to send offenders letters, greeting cards and uploaded photos and artwork can do so using the app. Downloading the app is free, but fees are charged (starting at 49 cents) to send content.

Since the company earns its revenue through app fees, DPS and North Carolina will pay nothing for the service— not even for copies. TextBehind will provide high-speed printers and printer maintenance to all 55 state prisons.

“Prisons works hard to interdict drugs before they get into prisons. The smuggling of drugs into prisons is a nationwide problem, not just a North Carolina problem,” Deen said.

“This is a constant battle, fought daily. Drugs get into prisons despite extensive efforts to keep them out. As soon as we plug a hole in one area, offenders find a workaround. Drugs are thrown over the fences, hidden in the mail, brought in by staff or smuggled in during visitation. Prisons’ policy is to alert local law enforcement and support prosecution whenever anyone — friend, family or staff — is caught trying to smuggle drugs inside prison,” he added.

Drugs are illegal and cause medical problems, violence and extortion of inmates in prison, Deen said. The presence of drugs also “undermines our rehabilitation efforts.”

In the past four years, the prison system has increased the use of canines in drug searches, raised fence heights, installed motion detectors and more to prevent drugs from being smuggled into prisons, Deen said.

“We want offenders to be employed, healthy, drug-free and prepared to succeed on their release,” Deen said.

County Elections Board director: Mail-in ballot request forms received by voters not coming from her office

LUMBERTON — Robeson County’s resident state senator has been chosen to serve on a committee formed to make North Carolina’s prisons safer for the people who work in them. Sen. Danny Britt Jr. is one […]