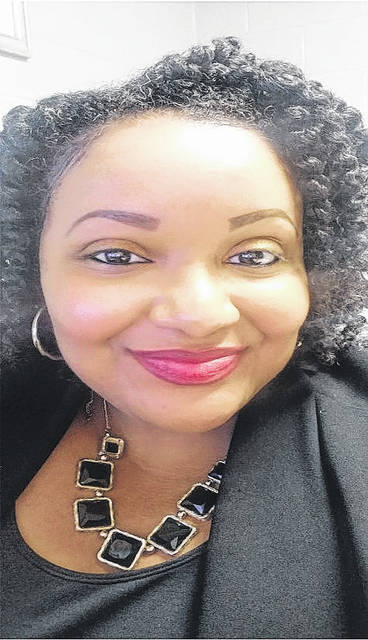 LUMBERTON — Financial Aid is one of the busiest offices at Robeson Community College.

Almost every full-time student applies for financial aid, and when they enroll at Robeson Community College, it is one of the first offices that students enter. So naturally, one of the first people our students meet is Zilma Lopes.

Lopes is the director of Financial Aid and Veteran Services at Robeson Community College. For her, it is a dream come true that she has had an opportunity to work with students and to be in a position to provide assistance to those who need help paying for tuition, books, and other costs associated with getting an education.

“I love my job,” Lopes said. “On top of being rewarding, I feel like I’m able to help students reach what I accomplished because I too graduated from a community college.”

When Lopes was enrolled in college, she was a single parent, and worked full time trying to make ends meet.

“I understand the stories and the hardships that many of our students face,” Lopes said. “It brings me a lot of joy knowing that I’m able to give back … it does hit home a lot for me because I’ve been in their shoes.”

Lopes has a background in accounting, and she said that working in financial aid gives her the opportunity to work one-on-one with students and serve the public.

“It’s the best of both worlds,” Lopes said. “I am a people person, and I love accounting, working in financial aid is the best job for me.”

Much of what Lopes does is often behind the scenes, but her work does not go unnoticed, and that is why she was chosen to be the Faculty/Staff Spotlight for June.

Oftentimes, Lopes has to work overtime to ensure that new grants that have been announced are implemented in a timely fashion so students can get the assistance they need sooner than later.

This was true of the COVID-19 relief packages that she has been working on for students this past year. And, she is also working on getting a new application created for another round of COVID-19 aid that will benefit students for the fall semester.

Currently, Lopes is working on helping eligible 2021 North Carolina high school graduates with the new Longleaf Commitment Grant opportunity that was announced in May by the governor.

“Right now, I’m working with the state so that we can ensure that this is done automatically for those students that are eligible so that they don’t have to do anything additional but just file the FAFSA,” she said.

Most students will never know all the details that go into getting their financial aid check disbursed. It is at times a manual process for staff, with many steps and procedures in place to ensure that all state and federal guidelines are being met.

But what they will remember is that it was a fairly easy process for them that was almost seamless, thanks to staff members like Lopes.

“Knowing that there are monies out there, I just want to help people and help them receive the assistance they need,” Lopes said. “I’m tirelessly trying to get the word out about financial aid. Even if you don’t think you qualify, you should still apply because you never know.”

The steps for applying for financial aid are simple, according to Lopes.

“The first step is to complete the FAFSA,” said Lopes, in reference to the free application for federal student aid.

The FAFSA can be completed by visiting www.fafsa.gov.

Students should make sure that all required documents are submitted to ensure a quicker turnaround time, Lopes said.

“We have a new e-form portal for students, so they can log into the e-form portal and electronically upload attachments,” she said.

If students need assistance, her office is always open and her staff is always available for students, Lopes said. There are even computer kiosks available in the Financial Aid office that students can use.

“We work very hard in Financial Aid for our students,” Lopes said. “We work tirelessly because we know how important this is and how getting an education can change lives.”

She added, “I’m honored to have been chosen to be the spotlight for June. I enjoy working at RCC and being a part of the RCC family for sure. It is great to know that what you do is appreciated and to be recognized by the executive team.”

Lopes has worked at RCC for the past year and a half and has almost 20 years of service with the community college system. Her time at RCC that “everyone has been extremely helpful and supportive,” Lopes said.

When Lopes is not working hard at RCC, she can be found spending time with her daughter, working out, and trying out new recipes that promote a healthy lifestyle.

Cheryl Hemric is the Public Information officer at Robeson Community College. She can be reached at 910-272-3241 or [email protected]