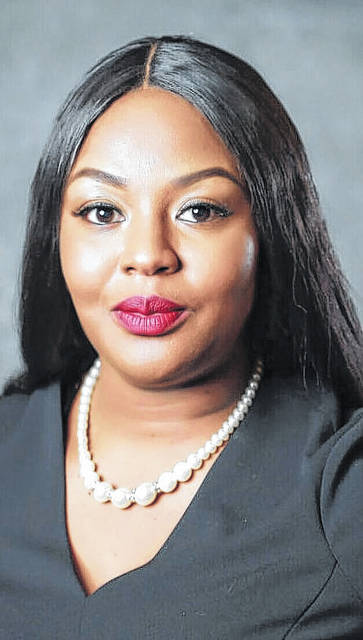 LUMBERTON — A lot of work has to be done before the Robeson County Housing Authority can use the more than $1.5 million awarded to it by the U.S. Department of Housing and Urban Development.

The money is part of nearly $51.4 million HUD awarded to 25 public housing agencies in 19 states to identify and reduce lead-based paint hazards in thousands of older public housing units. In particular the money targets potential threats in housing built before 1978 and public housing units currently occupied by families with young children, according to HUD.

“In order to be healthy, it’s important to have a healthy home,” HUD Secretary Marcia L. Fudge said. “Protecting families with young children from lead and other health hazards is an important part of HUD’s mission, and we don’t take it lightly. It is also a matter of environmental justice, and HUD is committed to President Biden’s directive to prioritize environmental justice and equity for disadvantaged communities.”

In Robeson County, the affected housing complexes are Westgate Terrace, located at 103 McManus St. in Red Springs, and Benton Court Apartments, 100 Martin Luther King St. in Rowland, according to Niakeya Cooper, Robeson County Housing Authority executive director. Between the two complexes, 140 units need to be assessed to determined if lead-based paint is present and if so remove it and rehabilitate units in which the paint is found.

“You have to do step one before you can do step two,” Cooper said.

Once the paperwork and training is done, step one will be conducting an assessment to determine of lead-based paint is present. Once this is done then the Authority can move on to the next step, which is relocating tenets of affected units.

“My goal is we would put them in hotels,” Cooper said.

Once the tenets have been relocated the work of removing the paint can begin, according to the executive director. Once that work is finished an assessment must be conducted to determine if all lead-based paint has been removed and it is safe to allow tenets to move back into the units. If the units are determined to be safe, tenets can be move back in.

“Although lead-based paint was banned for residential use in 1978, HUD estimates that about 24 million older homes still have significant lead-based paint hazards today,” according to the federal agency.

While most public housing has already undergone abatement, there are still properties where lead-based paint remains, and where hazards have redeveloped, according to HUD. Lead-contaminated dust is the primary cause of lead exposure and can lead to a variety of health problems in young children, including reduced IQ, learning disabilities, developmental delays, reduced height, and impaired hearing. At higher levels, lead can damage a child’s kidneys and central nervous system and can even be deadly.

“On Jan. 27, 2021, President Biden issued an executive order that placed environmental justice at the forefront of efforts to tackle the climate crisis,” according to HUD. “HUD’s awarding of this $51 million in funding is in line with the president’s order, as lead poisoning disproportionately affects people of color.”

The funding announced Wednesday is the third round of funding under this program, according to HUD. To date, HUD has awarded $46.1 million to 51 grantees, to make about 4,610 units lead safe.