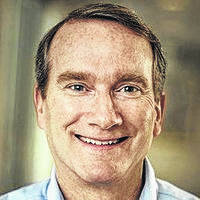 “Yes, we received the email, and yes we are complying with the instructions given to us in the email,” Tina Bledsoe, director of the county elections office, said Tuesday.

The email is dated 9:18 p.m. Monday and is addressed to “Directors.” The subject line reads, “Reminders about cure process.”

“As a reminder, Numbered Memo 2020-19 was revised on September 22, 2020, and has been in effect as of that date. The memo provides for a revised cure process that allows the voter to cure a variety of deficiencies with their absentee ballot, including missing witness signature,” reads in part the email obtained by The Robesonian from the North Carolina Republican Party.

The email also tells county boards to follow all instructions in the Numbered Memo 2020-19. This includes staff members reviewing absentee ballot envelopes for deficiencies rather than holding them for boards of election to review.

The email goes on to read in part, “Please remember that the State Board has general oversight over elections in North Carolina and is responsible for providing guidance to county board members and for appointing and removing them. G. S. § 163-22. Please also remember that guidance sent to you or your board members by a political party or other source should not be considered or followed. You should forward this email to your board members in anticipation of tomorrow’s absentee board meetings.”

The reminder to local board members that the State Board of Elections has the power to appoint or remove them is a “not so subtle threat,” said Tim Wigginton, a NCGOP spokesman.

“This is a thinly veiled power-play attempt by Democrats to pressure County BOE members into following their guidance rather than the law,” he said.

The email is in reference to changes in election rules, particularly rules related to absentee ballots, approved Sept. 22 by the State Elections Board. The rules changes were part of a settlement in the case NC Alliance for Retired Americans v. NC State Board of Elections and Phil Berger (Senate leader) and Tim Moore (House speaker). The settlement says voters can correct problems with witness information on their absentee ballots without filling out an entirely new ballot. Instead they can sign an affidavit confirming their identity. The changes also allow six more days for officials to receive mailed absentee ballots, as long as they are postmarked by Election Day. If approved, it also would allow absentee ballots to be handed in at early in-person voting sites when they open next month.

The settlement must be approved by Wake Superior Court Judge Bryan Collins. The hearing is set for Friday.

The Bipartisan Election Act of 2020 requires at least one witness on an absentee ballot, but State Board Director Karen Brinson Bell’s memo “eviscerates that safeguard by allowing someone to be their own alibi and simply submit a form rather than finding a witness,” Wigginton said. Bell also instructs county boards to extend the date for receipt of absentee ballots to nine days after the election — “something she has no authority to do and that no judge has approved,” he said.

Local election boards members swore a duty to follow the law, Wigginton said. They swore no allegiance to the State Board or its director.

The fight over the rules changes and the settlement has prompted Republican Sens. Ralph Hise, Warren Daniel and Paul Newton, who co-chair the Senate Elections Committee, to demand the State Board of Elections and Attorney General Josh Stein turn over all communications surrounding their settlement with Gov. Roy Cooper’s former lawyer, Marc Elias.

The senators claim the State Elections Board and Stein “ambushed” their co-defendants, the legislature, by “settling” a lawsuit filed by Cooper’s former lawyer, Elias, to undo state laws guarding against absentee ballot fraud.

In a letter to the State Board, Hise, Daniel and Newton demanded the Board provide “copies of all communications” between the Board and the plaintiffs’ attorneys. The letter also demands “copies of all communications” between the State Board of Elections and the N.C. Democratic Party and Democratic Party candidates.

The senators say all of the requested documents between defendants, plaintiffs, and their counsels are public records because attorney-client privilege does not exist between opposing parties of a lawsuit.

The senators sent a similar demand to Stein.

“If this collusive settlement was so noncontroversial, why did the partisan Board of Elections go to such lengths to keep it secret from legislators? They knew exactly what they were doing when they secretly decided to rewrite state election laws in the middle of the election,” Newton said.

Democrats have pushed back against the Republican claims. Among them is Rep. Darren Jackson.