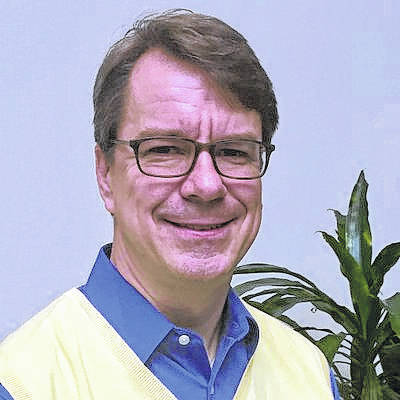 LUMBERTON — The public is invited to comment Thursday on the closure plan, that includes removing more than 1.6 million tons of coal ash, for Duke Energy’s Weatherspoon Power Station.

The public hearing organized and sponsored by the N.C. Department of Environmental Quality will take place at South Robeson Intermediate School, located at 3268 S. Robeson Road in Rowland. Speaker sign-up begins at 5:30 p.m. and the hearing is to start at 6 p.m.

The hearing is required by state law to discuss Duke Energy’s plan for removing coal ash from the Weatherspoon site and closing it, said Bill Norton, a Duke spokesman. Duke Energy plans to have technical personnel at the meeting to answer any detail-oriented questions.

“Duke Energy is not presenting and doesn’t have any formal role in the meeting, but we’ll be there nonetheless in case the public has questions of us,” Norton said.

Comments recorded during Thursday’s hearing and those received at DEQ by March 5 will be used in determining if the state will approve the closure plan, according to information from the state agency. Written comments may be submitted to: Louise Hughes, N.C. Department of Environmental Quality, Attn: Louise Hughes 1601 Mail Service Center, Raleigh, N.C., 27699-1601. Public comments also may be submitted by email to: [email protected]

Duke Energy submitted to the state on Dec. 30 its closure plan for the site located at 491 Power Plant Road in Lumberton. The DEQ’s final action on the closure plans is due within 120 days of receipt of the plan. Implementation of the plan must begin within 60 days of state approval.

The closure plan reads in part, “The facility was constructed starting in 1949. In February 2012, the three coalfired units were retired. The coal-fired generating units have been demolished and removed from the site. There are no longer any CCR (Coal Combustion Residuals) disposal operations within the Basin areas with the permanent retirement of the coal generating units. The Weatherspoon Station ceased all waste flows to the Basin in 2012. Removal of the CCR by excavation for beneficiation began in August 2017.”

The excavation that began in 2017 was the result of a solution Duke Energy reached with environmental groups and state regulators, and was sparked by concerns that water was leaking from the basin that contained 2.5 million tons of coal ash and the tainted water was flowing into the nearby Lumber River. The original plan called for the ash to be dried and then shipped to South Carolina, where it would be deposited in abandoned mines. Environmental concerns were raised and that plan was halted.

The coal ash still is being shipped to South Carolina, David McNeill, a manager of a Duke Energy district that covers eight counties, including Robeson, said in January for an earlier report by The Robesonian. Now the ash is being recycled as filler for the making of concrete.

“The primary objective of this Closure Plan is to address the closure by excavation of the CCR from the Basin at the Weatherspoon Station pursuant to North Carolina Coal Ash Management Act of 2014, Session L. 2014-122, as amended (CAMA),” the plan reads in part. “A further objective is to obtain approval from the NCDEQ to proceed and develop the additional details (as described further within this Closure Plan) and necessary working documents to complete the closure actions. Duke Energy is requesting approval of this Closure Plan with the knowledge that other details will follow.”

According to the plan, other closure activities include:

— Construction and operation of a temporary water management system to manage discharges in compliance with the National Pollutant Discharge Elimination System permit during closure.

— Dewatering to support safe excavation of CCR from the basin.

— Excavation of the CCR and establishing post-excavation final grades using soils where required.

— Breaching of the basin dikes.

— Grading dikes into the basin with a grading plan that will establish drainage to promote flow of stormwater out of the former basin in a manner protective of area soils and water.

ACP gets go-ahead in NC

LUMBERTON — Federal approval for construction of the Atlantic Coast Pipeline to begin in North Carolina is being hailed as good economic news for Robeson County. The county will receive about $900,000 each year in […]

ROWLAND — The commissioners here took the first steps Tuesday toward annexing a property that could mean more money for the town. “This is the first step of the annexation process,” Town Clerk David Townsend […]