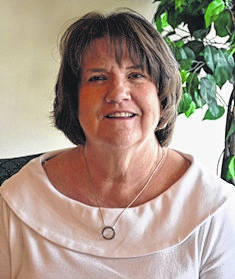 LUMBERTON — With a mid-March start date, local leaders of the 2020 U.S. Census face the daunting task of counting Robeson County residents, who are worth almost $2,000 a head in annual state and federal funding — but only if they are counted.

Each person is worth $1,625 in federal dollars and $240 in state dollars, and that is for the entire decade, said Jan Maynor, special projects planner for the Lumber River Council of Governments, which is tasked with organizing the local population count. The potential losses for undercounting county residents could reach into the hundreds of millions of dollars.

While poor and rural counties have the greatest need for dollars for health and social programs, and for such public services as the paving of streets, they also face great difficulties in standing up to be counted, census officials say. Minorities are typically under-counted, and Robeson County’s population is about 70 percent American Indian, black and Latino.

However, it is easier to be counted in 2020 because the census effort has gone online, at least initially. But, thousands of Robeson County residents do not have computers or high-speed internet access.

The 2018 estimates for Robeson County show a population decline of 2,337 compared with the 2010 census, when 134,168 people were counted, citizens and non-citizens. Two hurricanes and the floods they generated that left hundreds of homes empty may push population losses down even further.

Census leaders and field workers in Robeson County are gearing up for the mid-March launch. Forms will be mailed to all physical addresses in mid-March. The forms will contain special identification numbers for use in filling out the forms online.

A smart phone may also be used to complete the form, and a paper form may be requested. Unlike previous counts, paper forms will not be mailed to each address, and that could pose a problem for rural counties with poor or no internet service and low-income households without computers.

“The Census Bureau says that minorities, low-income, the elderly and children under 5 years old are the least likely to be completely counted,” Maynor said. “There seems to be little concern for the hurdles to completing the forms online.”

Ten percent or more of Robeson’s population were born outside the U.S., and may not speak English, but they need to be counted too, Maynor said.

The county census team met this week as the Complete Count Committee under the banner “Robeson Counts …You Count,” Maynor said. Team members plan to have a presence at major events in the county to publicize their work.

Census representatives already have gone to municipal meetings to advise local governing boards of the importance of an accurate count.

“We are contacting the faith-bases community, as well as libraries, schools, chambers of commerce and municipalities,” Maynor said. “We are looking at any way to reach people.”

One municipality that has responded is Marietta, population 170. Sandra Oliver saw the need in her hometown, and for the county, and volunteered to help.

“We will set up a computer in Town Hall to help people fill out forms,” Oliver said. “Internet service is very poor here.”

The census is also a potential payday for some people. A job fair is planned for Jan. 23 at the NCWorks Career Center- Robeson County, located at 289 Corporate Drive in Lumberton, to hire census workers. The workers will be paid $14.50 an hour. Only about one-third of the number of people who are needed have been hired.