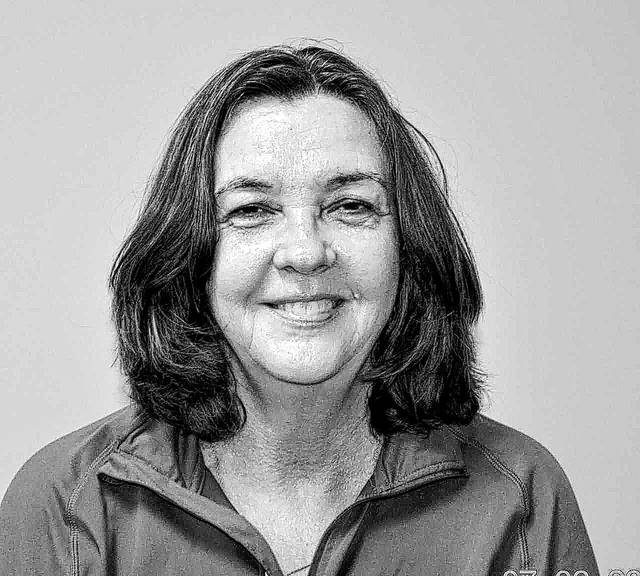 In a complaint filed Sept. 30 with the North Carolina State Board of Elections, Wayne Schaeffer says Patsy Sheppard has “on innumerable occasions” made clear “she is incapable of functioning as a non-partisan, unbiased board member.” He cites samples of her comments to online news media forums, and emails to fellow board members and county party chairmen.

As of Thursday, Sheppard, who has a St. Pauls address but lives in Bladen, had commented 4,490 times on Disqus, which provides the platform for comments at robesonian.com, including at least one that day. At the invitation of The Robesonian, she wrote a column that was published roughly every two weeks, but she quit providing them when she was appointed to the Bladen County Board of Elections.

The state Elections Board will discuss the complaint during its meeting on Friday at 1 p.m. The other member of the board cited in Schaeffer’s complaint is Chairwoman Louella Thompson.

The Robeson County Board of Elections recently lost two board members because of similar complaints, Democrat Karen Nance and Republican Olivia Oxendine. A third, board Chair Tiffany Peguise-Powers, was cleared of such allegations during a state board hearing.

Schaeffer, a resident of White Lake, says Sheppard has used “her knowledge and position on the county board” in the litigation of McCrae Dowless, the Bladenboro man accused of criminal activity that ended up negating the results of the 2018 general election race for the N.C. District 9 seat in the U.S. House.

“Her comments are imperative, suggesting that she already KNOWS Dowless is guilty — before Dowless has even had a trial. This is not only unethical and improper, it suggests an illegal and public effort to taint the prospective outcome of Mr. Dowless’ future appearance in court.”

He says her letter to the editor to the Bladen Journal, published Sept. 17, “makes a slur against a fellow sitting board member” and says “her comments can only be construed as representing a factual, legal opinion.”

Sheppard’s letter referred to a comment made during an elections board meeting and laid a groundwork that said both Republicans and Democrats have filed complaints about voter activity since 2004, with none of the investigations leading to change.

A fourth point in the complaint is Sheppard’s email of Aug. 29 that went to Schaeffer as county GOP chairman, Democratic Party Chairman Rev. Larry Hayes, the rest of the board and the county lawyer. It was in reference to a discussion Aug. 27 about her husband, Dwight, acting as a poll observer. Schaeffer says the email was “an opportunity to attack, vilify, and disparage the Republican Party, as well as certain Republican Party members in the county.”

He said he forwarded the email to the state board’s lawyer, Katelyn Love. In that Aug. 30 email, he asks for an investigation.

Schaeffer recommends Sheppard’s removal from the board in saying, “She demonstrates neither the will, nor the conduct, to function in a professional and non-biased capacity.”

Sheppard, during election board meetings, is usually the most vocal. That includes references to state law with regards to several elements of the election process, notably the appointments by the county board of those who work at precincts.

Schaeffer says Thompson has violated online social media rules since June. His complaint says Thompson has made “several” Facebook posts “clearly meant to disparage the sitting president of the United States” and provided screenshot copies of two. He contends the state statute allows for individual expression of opinion, but not for intentional public distribution.

“Anything intentionally posted into a social media website is intended for public distribution,” Schaeffer says in the complaint.

Thompson, during meetings since being appointed to her position by Gov. Roy Cooper, has more than once made references to the presidential election of 2020 and the need for Bladen County to have as much voting on Saturday and Sunday as possible. Her comments were made as the board considered early voting times for the recent special election held in the 9th District.

The screenshots Schaeffer provided show two images. One is an adjusted image from the movie “The Lion King,” with President Donald Trump’s face imposed and the caption “The Lyin’ King.”

The other is of a woman in clothing from an earlier century, perhaps the 20th, with a bubble caption attached in which she says, “I am not denying anyone their freedom of speech by celebrating Trump-Free Day. I am exercising my right to be free of the fool’s whining and lying for one day.”

The posts were made in June and July.

Thompson, in the July 2 meeting of the Board of Elections, suggested Saturday voting for the Sept. 10 special election, and said the board should then consider adding Sunday in the presidential election in 2020. As the discussion progressed, interim Director Valeria McKoy reminded the board that her office must be open during early hours and also mentioned absentee ballots.

Thompson responded, “I would rather not have absentee ballots.”

It was absentee ballot activity in Bladen County that led to that special election.

Bladen County’s board was gradually appointed earlier this year. Sheppard and Democrat Deborah Belle, and Republican Emery White were each appointed by the state March 21. The board first met April 15 with Thompson having just been appointed chairwoman by Cooper, and Sheppard and Belle also sworn in. White’s first meeting was April 30. Republican Michael Aycock joined the board Aug. 13.

The board is now a majority of Democrats. Previously it had a Republican majority. 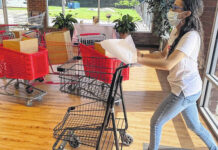 Pain at the pump hits hard 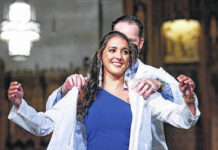 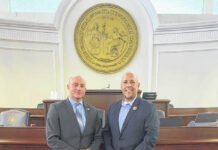