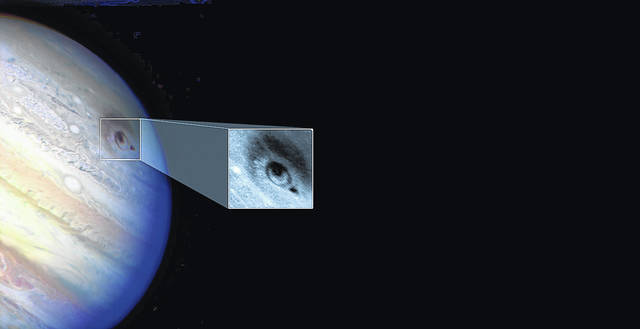 Shown is an image taken by the Hubble Space Telescope that shows an impact scar from a larger piece of the comet exploding in Jupiter’s atmosphere. 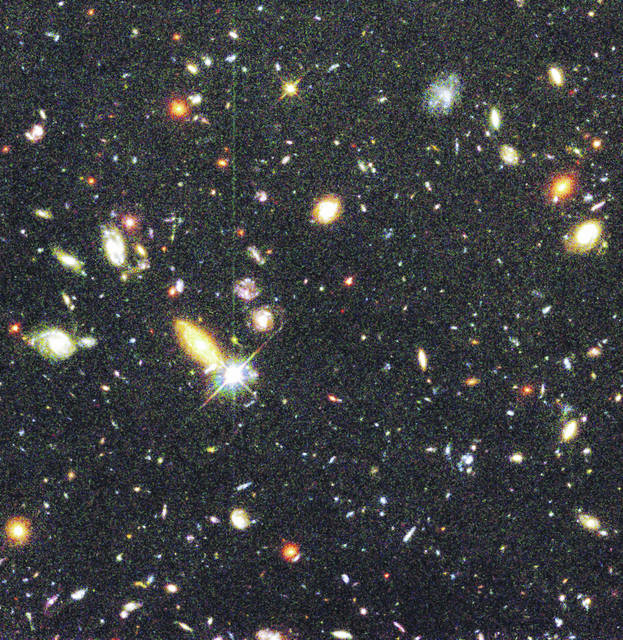 There is only one individual star, the rest are galaxies, as depicted in an image take taken by the Hubble Space Telescope. In general, the redder ones are further away. 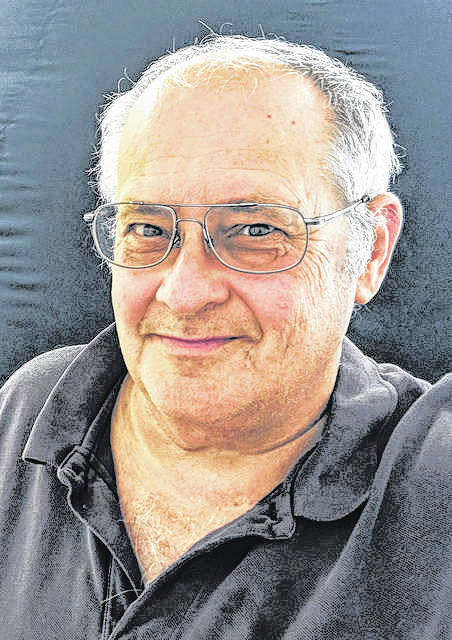 For over 31 years, the Hubble Space Telescope has been rewriting astronomy textbooks.

Launched from the cargo bay of the space shuttle Discovery, Hubble entered service on April 24, 1990. A few weeks ago, a problem involving the computer system caused Hubble to enter safe mode. Attempts by NASA to use backup systems and workarounds have failed so far, so this may be an obituary for the great instrument.

Why have a telescope in space? There are at least three advantages to having a space-based instrument:

— Weather and atmospheric conditions are not a factor, since the telescope orbits high above those layers.

— You don’t have day/night restrictions and the complications resulting from the object going below the horizon. A space telescope can remain pointed at one target for many days, if need be.

— You can observe in wavelengths other than visible light. Objects in space emit energy at many wavelengths that don’t make it through Earth’s atmosphere. Hubble used light from the infrared and ultraviolet parts of the spectrum, for example.

I’m dividing the “best of” discoveries of Hubble into three sections: solar system, intragalactic and extragalactic. Each section has what I think is the most significant finding, along with a link to the high-resolution image that shows the discovery in glorious visualizations.

As with the entire Hubble image library, there are many to choose from. The one I like best is the series of images that portrays the impacts of the fragments of comet Shoemaker-Levy 9 with Jupiter almost 27 years ago. The video which resulted is featured in the article from NASA at https://science.nasa.gov/science-news/news-articles/the-lasting-impacts-comet-shoemaker-levy-9.

One set of images taken by the Hubble shows an impact scar from a larger piece of the comet exploding in Jupiter’s atmosphere, which was important because it demonstrated that collisions do still happen in our solar system, and they can be dramatic, even from 500 million miles away!

For the intragalactic image, I’m selecting the “Pillars of Creation” from the Eagle Nebula (M16). There is a high-resolution fly-through video available at online at https://www.youtube.com/watch?v=4DoxwB5kWT4 that shows where the nebula is in the visible night sky, and then flies through the nebula.

This image is relevant because it shows how stars and solar systems form from clouds of dust and gas. Because Hubble can “see” in infrared, it peers straight through clouds of dust that block visible light. The image shows the difference in views.

For the extragalactic image, I’m going to use what is now a classic in astronomy: the Hubble Ultra Deep Field image. Earlier I pointed out that because it’s in space, the Hubble can leave its shutter open for longer than a typical night observing session on the ground. In this case, it was open for 11 days nonstop. That extra exposure time allowed much more light to be recorded, resulting in an image with millions of galaxies visible throughout, looking back more than 13 billion years into the past! An excellent video overview of the image, and the process of interpreting the results, can be found at https://www.youtube.com/watch?v=yfWYXY85mBk.

One static image taken displays where there is only one individual star, the rest are galaxies. In general, the redder ones are further away.

This image is important because it does many things besides being great eye candy. For one, you can use the light to determine how far away the galaxies pictured are from the Milky Way. You can also see some gravitational lensing occurring, where the light from a farther away galaxy is being bent by the gravity of a galaxy closer by.

So what happens now? If NASA can restart the vintage mid-80s computers running Hubble, then operations will resume straight away. What seems more likely at this point is that Hubble is done.

Ken Brandt is the director of the Robeson Inflatable Planetarium. The planetarium is located at JC Hargrave Elementary school’s cafeteria in downtown Lumberton while awaiting a rebuild after the flooding caused by hurricanes Matthew and Florence. If you are interested in helping the rebuilding effort, email Brandt at [email protected] For more information about the Robeson Planetarium and Science Center visit https://www.robeson.k12.nc.us/o/robeson/page/robeson-planetarium.