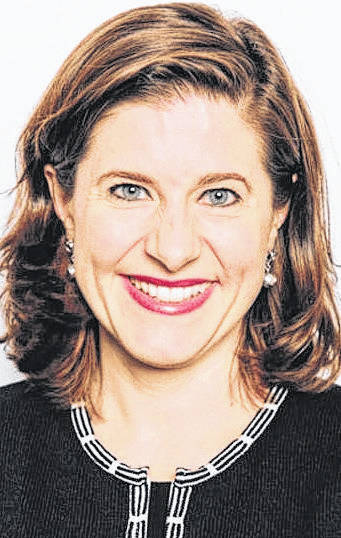 The personnel additions were supported in part by a grant from The Andrew W. Mellon Foundation.

“This exciting slate of new hires brings diverse perspectives to the museum’s member and visitor offerings,as part of a passionate staff dedicated to the People’s Collection of North Carolina,” Director Valerie Hillings said. “We are dedicated to making the NCMA a welcoming place for all visitors through multifaceted exhibitions and music, dance, film, and theater programming, aided by the Mellon Foundation’s support of the Museum’s strategic vision. This grant will allow us to lead boldly through our incredible collection, pushing to shift the current narratives around art history.”

The North Carolina Museum of Art Foundation, Inc., was the recent recipient of a $750,000, 42-month grant from The Andrew W. Mellon Foundation to support a series of new initiatives in Hillings’ vision for the future of the NCMA. The project includes a new presentation of the museum’s free collection to be completed by 2022, as well as paid summer internships, performing arts collaborations, museum collection-focused exhibitions, and artist demonstrations. In addition, the grant includes the creation of a new curator role.

Maya Brooks joins the NCMA as the Mellon Foundation assistant curator and will work to expand the NCMA Recommends newsletter series, a deep dive of visitor-favorite works of art developed to connect with visitors throughout the COVID-19 pandemic. Her role reaches across the museum’s collections and will include curation of collection-based exhibitions. She is a recent graduate of UNC–Greensboro with a background in anthropology and history.

Melissa Dean joins as museum evaluator, starting in January 2021. This new data analyst position interprets the success of museum programs, both in metrics and mission, aligned with and informed by insights and feedback from NCMA audiences. For the past 15 years, Dean worked in the STEM (science, technology, engineering, and mathematics) education fields, serving as education director at the Gulf Coast Exploreum Science Center and the K–8 education director at the Mobile Area Education Foundation in Alabama. She has a bachelor’s degree in psychology from Louisiana State University in Shreveport and is completing her doctorate in instructional design at the University of South Alabama.

Moses T. Alexander Greene joins the museum as director of film and performing arts. In this role Greene will set the NCMA’s music, dance, theater, and film seasons inside and outside the galleries, with a focus on creating diverse and remarkable experiences that foster belonging. He has 20 years of experience in communications, performing arts, artistic visioning, and multimedia production. Most recently Greene led the African American Cultural Center at North Carolina State University, primarily focusing on cultivating the critical examination and exploration of the richness of African diasporic cultures and history.

His team includes recent hires Maria del Socorro Lopez, manager of film and lecture programs, and Janette Hoffman, manager of concerts and music programs. Lopez has 10 years of experience at the International Latino Cultural Center of Chicago, where she was programming and operations manager. Lopez curated a series of Latin American short films for the North Carolina Latin American Film Festival in October 2019. Hoffman joined the NCMA from Washington, D.C., and New York City, where she worked in all corners of the music industry, including artist promotion, music licensing at EMI Music, and concert promotion.

Tim O’Connell, NCMA director of membership and annual giving, joined the museum staff in late 2019. He is the former associate executive director of the North Carolina State Alumni Association. Before that, O’Connell spent 21 years at the YMCA, ending his tenure there as vice president of operations and executive director.

Wale Ejire joins the NCMA as assistant director of membership and annual giving. Ejire is a graduate of William Peace University, with experience in collegiate athletics and higher education fundraising, most recently as the assistant director of annual giving at Bridgewater College in Virginia. His role will include coordinating membership marketing, fulfillment, donor acknowledgment, member benefits, and data reporting.