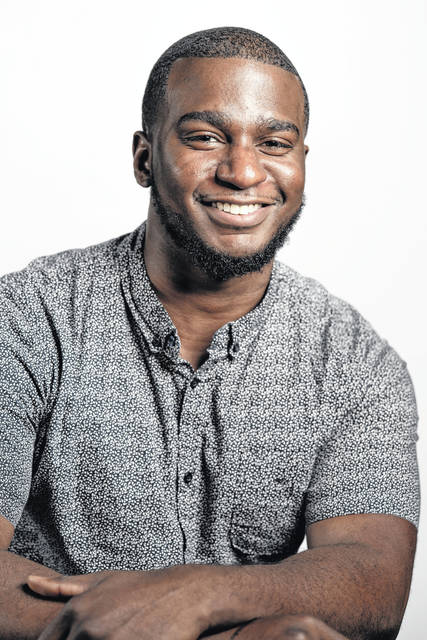 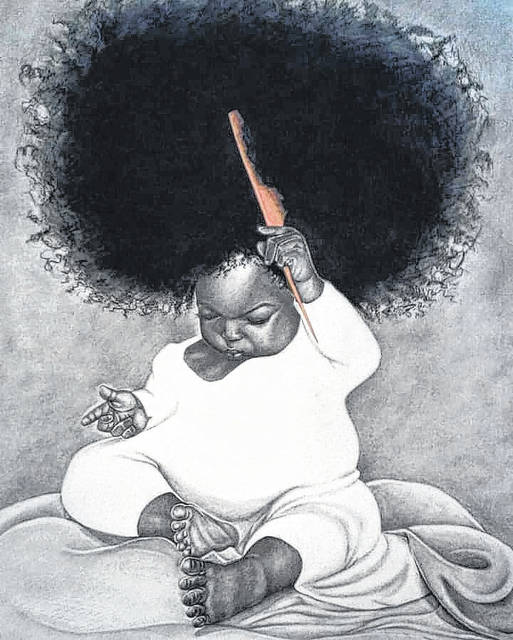 Shown is a commissioned sketch by multi-media artist Kendreek Mitchell. 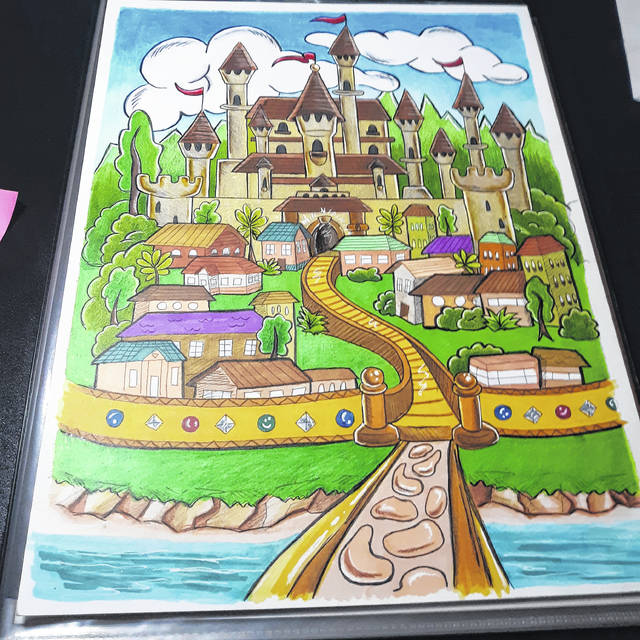 Kendreek Mitchell, a Rowland artist, recently completed the illustrations for the Bible-inspired book “The Wise King.” Shown is the front cover image.

ROWLAND — Social media has been a vehicle of success for a self-taught Rowland artist, and he’s hoping it will take him even further.

Since elementary school, Kendreek Mitchell, now 27, has been perfecting his craft and discovering new mediums to create custom works of art that he displays frequently on platforms such as Facebook and Instagram.

“Almost all of commissions have come through Instagram,” Mitchell said. “I have commissioned for people in New York, Raleigh, Virginia and L.A.”

Mitchell’s love for art began 20 years ago while observing his older brother and cousin, both gifted amateur artists, who sketched intricate cartoons and portraits.

“They made it look so easy, and it was just fun watching them draw,” Mitchell said. “That’s what inspired me to want to draw.”

However, it wasn’t until his 10th-grade year at South Robeson High School that Mitchell began to realize he had talent himself. Back then, Mitchell mostly drew cartoon characters, anime and had just begun experimenting with portraits, trying to capture realism. He would fill his notebooks meant for taking notes at school with his sketches, which soon got the attention of others.

“I thought I still needed improvement, but everyone else was like ‘You’re good for your age,’” Mitchell said.

After high school, Mitchell went on to earn a degree in graphic design at Independence University.

Today, Mitchell’s work has been exhibited at several shows and events, including one is Southern Pines; Artist on Elm, a street art show in Lumberton; and Raw Talent in Raleigh, an event geared toward showcasing talent and offering artists an opportunity to network. COVID-19 has reduced the opportunities to show his work, so he relies heavily on social media.

Mitchell’s go-to style is portrait realism, but by working with several clients over the years and never settling, he learned to broaden his craft. His tools of choice include color pencil, graphite and charcoal, paint, pen, and even markers.

“Realism is my go-to, but I’m open to challenging myself and learning different styles,” Mitchell said. “I like to expand.”

The artist tries not to be a “one-trick pony.”

“I just love to learn, love to get better,” he said. “It’s hard for me to be stagnated with one person or one place. I try to find different ways to get better and to develop a skill and style for myself so when people see my work, they say ‘Oh OK.’”

Mitchell mostly commissions portraits, but he has completed projects that include designing a cityscape for a New York native’s studio and even illustrating.

His latest commission was to illustrate a Bible-inspired children’s book titled “The Wise King.” It took about six months to complete 24 illustrations, he said.

“It took me a while,” Mitchell said. “I had to keep purchasing sketch books in that size.”

He used Copic Markers, a professional-quality marker used by artists, to give the images that include castles and ships the sleek look seen in books.

“To me, those markers are just like paint,” Mitchell said. “They’re really wet-based and loose so they came out pretty good.”

One of his more complicated commissions was a portrait for a pregnant client.

Mitchell said it was a true custom work that involved using paint and graphite color pencils to complete. He merged two photos of the subject to get the finished product and incorporated a tropical setting to reach the finished product, a pregnant woman walking on the beach with the sunset in the background.

With the help of his notoriety from social media, Mitchell’s next goal is to launch soon a website to give viewers and consumers easier access to himself and his works. He also hopes to one day open his own studio.

“In the future, hopefully, I can have a gallery or studio to help other artists display their work,” Mitchell said. “I would definitely start at home.”

Mitchell’s portfolio of works and commissions can be viewed on his Facebook page, which can be found under his name, or on Instagram @da_evol_genious.