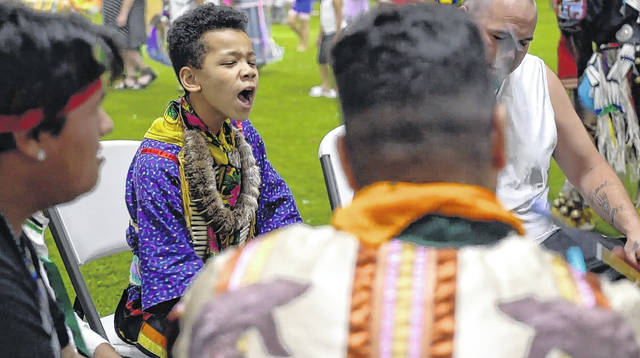 “Native and American,” by Brit Hensel, will be featured at the third annual Lumbee Film Festival Online Edition that starts Wednesday. The film follows Holly Spaude as she confronts her mixed heritage and seeks to define her identity within the tribal community. 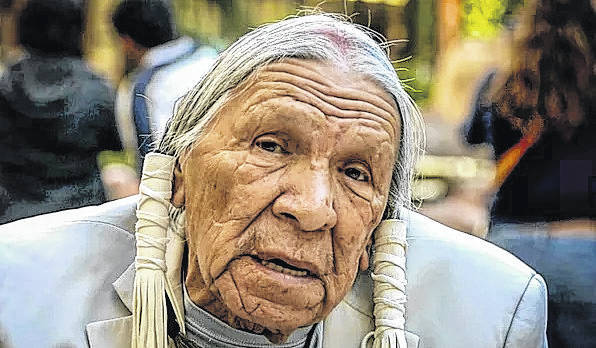 The documentary titled “Another Scar of Genocide: Diabetes in Indian Country” will bring awareness of the epidemic of diabetes throughout Indian Country to those who view it at the Lumbee Film Festival Online Edition. The film will screen on day four of the five-day festival, which will run Wednesday to July 5.

PEMBROKE — The third installment of the Lumbee Film Festival is going digital for the first time and begins Wednesday.

The festival, which showcases bold, original new films made by Native Americans, Indigenous filmmakers and American Indians, particularly members of the Lumbee Tribe living in North Carolina and across the United States, will be free and available to the public via the internet through July 5.

The film festival is a partnership between the Lumbee Tribe, Cucalorus Film Foundation and the N.C. Arts Council.

“It is wonderful to have an opportunity for the community to come for free to see films made for and by American Indians, amplifying our voices, our challenges and our accomplishments,” said Kim Pevia, festival director.

People wishing to participate can do so by registering on the festival’s website, https://bit.ly/2B085AY, or at www.cucalorus.org by Wednesday. People who register will be emailed a link to view the festival when it begins. Those who are registered will have up to five days to review the films before they are removed.

No social media accounts are necessary.

Fifteen short films and two feature films will be showcased this year. Each night will begin with a song from a local musician.

The first three nights will include short films with a different theme each night. The themes are Youth Finding Their Way, Stories We Tell and Past Ensures Our Future.

Youth Finding Their Way includes five films — each no more than 16 minutes and 4 seconds long — that focus on indigenous youth and the challenges they face. The films include “Keep My Memory,” a music video for the debut single of Lumbee artist Alexis Raeana. The film touches on rebirth and being a voice for the Missing and Murdered Indigenous Women movement.

Others include “Native and American,” by Brit Hensel, a film that follows Holly Spaude as she confronts her mixed heritage and seeks to define her identity within the tribal community; “Hard Learning” and “Puktew Muin (Fine Bear),” both by multi-faceted Indigenous artist Danial Fortin; and “Little Chief” by Erica Tremblam, a Native American documentary filmmaker and activist currently studying her Indigenous language at Six Nations of the Grand River Reserve in Ontario.

On Thursday, Stories We Tell will feature a mixture of short films, some experimental and one animation.

Films for this night include “Totems” by Justin Deegan; “The House Tour,” “Jhana” and “Portrait of an Art,” all by Evan Ramseur, “You Love Who You Love” by Ryan Craig and Javier Morin Jr.; and “Caenis or Caeneus” by Keith Carter.

The films on evening three, Past Ensures Our Future, will delve into preserving the past. Some films in this block cross borders and take a look into indigenous cultures beyond the United States.

The final two nights are reserved for one full-length feature film each night.

Deegan is Arikara, Oglala and Hunkpapa; and a graduate of North Dakota State University, with a degree in political science.

“Maɬni – Towards the Ocean, Towards the Shore,” by Sky Hopinka, will be the final feature of the five-night festival. This film follows Sweetwater Sahme and Jordan Mercier’s wanderings through each other’s worlds as they contemplate the afterlife, rebirth and the place in-between.

Hopinka, Ho-Chunk Nation/Pechanga Band of Luiseño Indians, was born and raised in Ferndale, Washington, and spent a number of years in Palm Springs and Riverside, California; Portland, Oregon; and is currently based out of Vancouver, British Columbia, Canada, and Milwaukee, Wisconsin. His work has played at various festivals, including ImagineNATIVE Media + Arts Festival, Images, Wavelengths, Ann Arbor Film Festival, Sundance, and Projections.

In addition to the films, the festival will feature interviews with some of the filmmakers, and audiences will have an opportunity to ask questions.

Biographies of the filmmakers and film descriptions are available on the Lumbee Film Festival website.

Although the event is free, donations will be accepted to help fund the fourth annual Lumbee Film Festival.

PEMBROKE — He was the lead guitarist on the hit FOX TV show “Glee,” and his brother and sister combined have performed in more than 150 musicals and worked behind the scenes on countless TV […]

PEMBROKE — The Lumbee Tribal Council updated its Duties and Decorum policy Thursday to allow for meetings to be conducted remotely in the event of emergencies. The call for the change was in response to […]

LUMBERTON — Students in Robeson County’s public schools are able to park next to a school bus and access Wi-Fi during the last three days of the academic year, which ends Friday, disrupted by COVID-19.