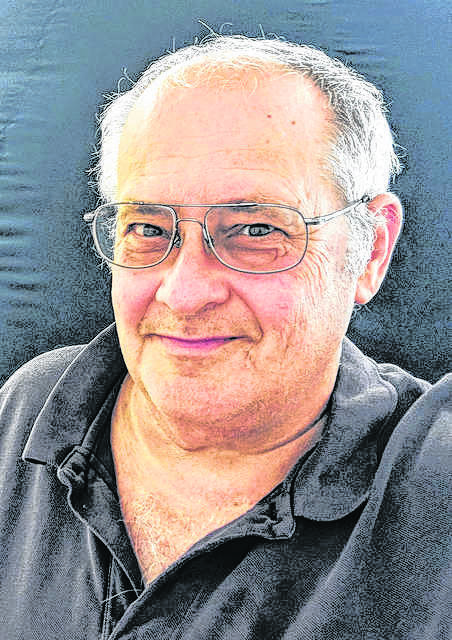 Editor’s note: This is the first part of a planned three-part series on the exploration of Mars.

Mars has fascinated us for millennia. Its orange-like red glow was interpreted by most civilizations as an embodiment of their gods of war. Mars from the Romans, Aries from the Greeks, and Marduk from the Babylonians are three examples of these war gods. Some of the finest Science Fiction is written about invaders from Mars. Mars was the target of almost every telescope from Galileo forward. The Lowell observatory in Flagstaff, Arizona, was built to explore Mars. This is the same observatory where Pluto was discovered in 1930.

Of course that means that Mars was and is a target for robotic exploration. For our purposes, I will be discussing Mars landing and roving missions only. I will further simplify the discussion by writing about the successful landings. It is an American point of pride that, therefore, this discussion is only about U.S. Mars missions, as we are the only ones to successfully pull this off.

Viking I and Viking II were launched in 1975, and went into Mars orbit in 1976. The Vikings were a two-part spacecraft, an orbiter and a landing craft. The landers touched down in the summer of 1976, Viking I on Chryse Planitia, and Viking II on Utopia Planita. Both landers had identical instruments, including a shovel to scoop up Martian soil samples. Four experiments were carried out on both landers, all of which were designed to determine if there was life in the Martian surface soils. All of the experiments came back negative, and most people felt that this was the main reason why NASA wouldn’t attempt another Mars landing for 13 years. The Viking missions provided a treasure trove of data about Mars’ surface, as the orbiters completed several global mapping passes over Mars. The landers contributed more than eight years combined data about weather on Mars, and showed that frost forms on the Martian surface.

The lander and rover Pathfinder and Sojourner, respectively, landed on Mars in 1997. They became the darlings of the relatively new World Wide Web, and millions followed along with the progress of this three-month-long mission. The rover Sojourner, named for abolitionist Sojourner Truth, drove on the surface of Mars for 83 days of a seven-day mission. This over-driving is something you’ll be reading about again, shortly. Sojourner examined several of the rocks near its landing site, and the mission proved that it was feasible to land and drive on Mars using an airbag landing system.

Opportunity and Spirit are two of NASA’s most successful missions thus far. They both landed in January of 2004 — Spirit in Gusev crater and Opportunity on the Meridiani Planum — nearly as far apart on Mars as possible. Spirit landed in a volcanic plain, and had to drive six miles up into some surrounding hills to accomplish the mission of finding signs of past water on Mars’ surface. This was the prime mission of both rovers, and was supposed to be done within 90 Martian days, or Sols. Spirit drove into soft soil and couldn’t maneuver out, and the mission ended May 2011.

Opportunity landed in a shallow crater and discovered evidence of liquid water in the rocks on Mars immediately. It then drove out of the crater, and 28 miles across the plains of meridiani, eventually succumbing to a global dust storm in 2018. Everywhere Opportunity went, it discovered evidence for water on Mars. It also discovered that there were several potentially past habitable sites in the terrain. Opportunity lasted a total of 53 times longer than its planned lifetime of 90 Sols, and has set the record for off-Earth driving.

Phoenix was successfully landed on the Northern plains of Mars, above the Martian Arctic circle. Phoenix landed in summer, and so the solar-powered lander could work 24.5/7, as the Sun was above the horizon always. Phoenix discovered ice in the soil under the lander, as well as ice in the soil samples it dug up. Phoenix also saw snow flurries, and measured the Martian weather for the life of the mission, about 100 days. As the Sun began to go below the horizon, Phoenix ran out of battery power, and the mission ended.

Curiosity landed on Mars in 2012, and has been driving up the central peak in Gale crater since. Curiosity has discovered evidence of liquid water in the past on this part of Mars. It has also discovered organic compounds in the Martian soil and rock, and even sniffed methane gas at certain times on Mars. This indicates that methane is being actively produced on Mars now, which may indicate microbial life under Mars’ surface. So far, Curiosity has driven almost 14 miles on Mars, and will possibly eclipse Opportunity’s driving distance on Mars.

Insight landed on Mars in 2018, and is designed to learn more about the interior of Mars. Does Mars have a liquid core? Are there mars quakes? That information is being gathered as we read, and hopefully Insight will provide an answer in a few years.

Ken Brandt is the director of the Robeson Inflatable Planetarium. The planetarium remains at the Robeson County Partnership for Children in downtown Lumberton while awaiting a rebuild after the flooding caused by hurricanes Matthew and Florence. If you are interested in helping the rebuilding effort, email Ken at [email protected] For more information about the Robeson Planetarium and Science Center visit www.robeson.k12.nc.us/domain/47.